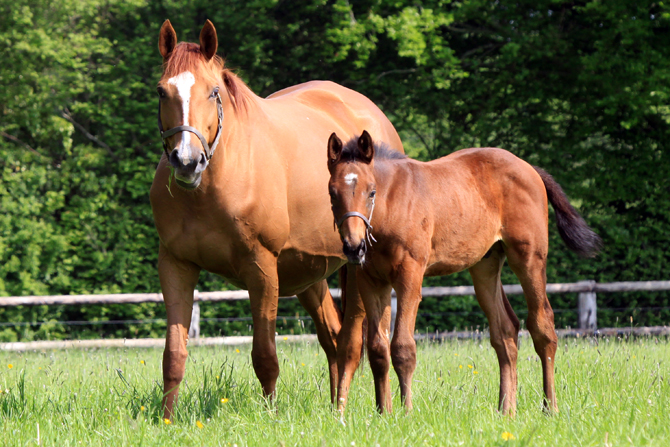 Anna Mona’s two year old half brother Piping Rock was an impressive winner on his racecourse debut at Ascot on July 28. The Dubawi colt is trained by Richard Hannon and made all the running to win a six furlong debutants race by 1 1/4 lengths, and the third was 5 lengths further behind. Anna Mona’s is a half sister to the Group 3 winner Middle Club and the stakes placed filly Anna Royal. The Haras de Saint Pair’s broodmare has a yearling colt by Dubawi.