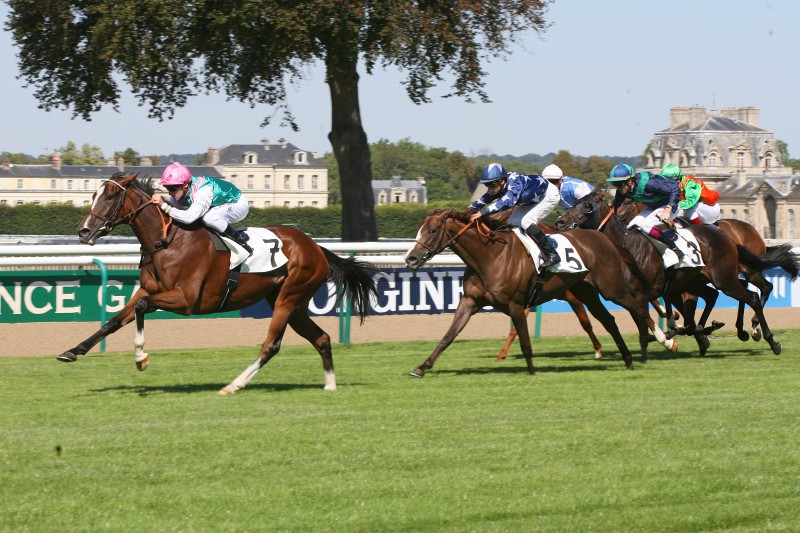 The Haras de Saint Pair has been a strong supporter of Dansili in recent years. The stud has two foals by Juddmonte’s sire, a filly out of Kitcat and a colt out of San Sicharia, and then both Via Medici and Waldjagd are carrying to Dansili.

DANSILI took a long time to establish himself as a top sire.  Juddmonte’s son of Danehill started his stud career standing at £8,000, then £10,000 and four years at £12,500. It was only in 2007 that his fee was increased to £30,000 and then following year it more than doubled again to £75,000. The results on the track have improved significantly as well and DANSILI is now, along with Monsun and Galileo, clearly at the top of Europe’s stallions. From Dansili’s last three crops of three year olds more than 7% of his foals have achieved a rating of 110 or higher, and nearly 20% a rating of 95 or higher, figures only Monsun and Galileo can begin to match among active European sires.

The stars of Dansili’s last two crops have been Zoffany and Giofra from the 2008 crop and then The Fugue and Falen For You from the 2009 crop, however, the results are likely to get better still if there is a period when the ground in England, Ireland and France is good or firm rather than soft. Last weekend when the going was good or better in England, Ireland and France, Dansili had three stakes winners Preferential and Dance Routine in France and the Group winner Dank at Sandown. Dansili’s progeny have always shown a marked preference for good ground and this year’s persistent rain will not have suited them. Over his entire career 65% of his three year old wins have come on good or firm ground and a further 25% on the all weather. This year 43% of his three year old wins have come on soft  or heavy ground, because that is what they have been asked to race on, but several of his progeny are likely to step forward if they get a chance of racing on good ground.

DANSILI has always produced top middle distance horses but his last two crops have shown more stamina as a group then the earlier cheaper years. From his first six crops around 60% of the wins at three came over a mile or shorter trips and 40% over longer distances, from his last two crops this trend has been reversed and now 60% are over more than a mile and 40% over  a mile or less. The other obvious change is that Dansili’s progeny run and win less frequently on the all weather, which is again a sign of class given the overall standard of all weather racing. Dansili has become a top Classic stallion, and Saint Pair is looking forward to testing his progeny.