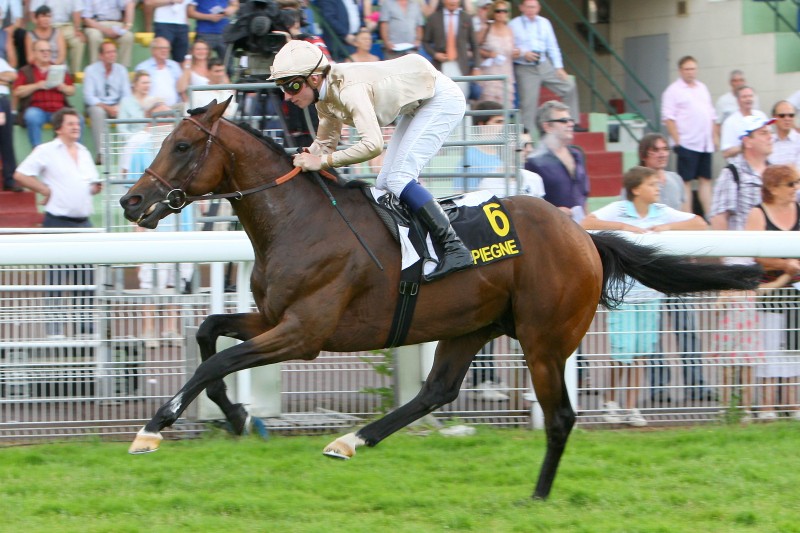 Godolphin’s Vancouverite became his sire Dansili’s thirteeneth black type winner in 2013 when running away with the Listed Prix Pelleas at Compiegne on July 22. Other three year olds by Dansili to win black type races in Europe this year include the Group 1 winner Flintshire, as well as Disclaimer, Riposte, Remote, Winsili and Nevis. Overall Dansili has had 13 black type winners of 15 races, up to July 22, from his three year olds and older horses. Dansili also had his first Group 1 winner as a broodmare sire when Chicquita won the Irish Oaks on July 20. Does this make Juddmonte’s sire the best active sire in Europe ? Well just possibily.

The best European sire could well have been Monsun, who died in 2012. Triple Threat, the winner of the Group 2 Prix Eugene Adam at Maisons Laffitte on July 21, is one of ten black type winners for his sire this year and they have won a total of 14 black type races, including the Group 1 winners Novellist, Maxios, Silasol and Estimate. There are not many Monsun’s left to come as Schlenderhan’s stallion has only 23 yearlings and 16 foals, but given his success from his early crops of around 45 foals there will be other stars in the future.

Galileo is of course the obvious top sire in Europe and Coolmore’s horse has had twelve black type winners of three or older up to July 22, and they have won 17 black type races and include the Group 1 winners Intello, Ruler of the World and Magician. Dansili has had the most black type winners, while Galileo has had more black type wins and Group 1 wins. When comparing the record of the two it is worth keeping in mind that Dansili has covered between 100 and 130 mares a year recently and Galileo from 180 to 210.