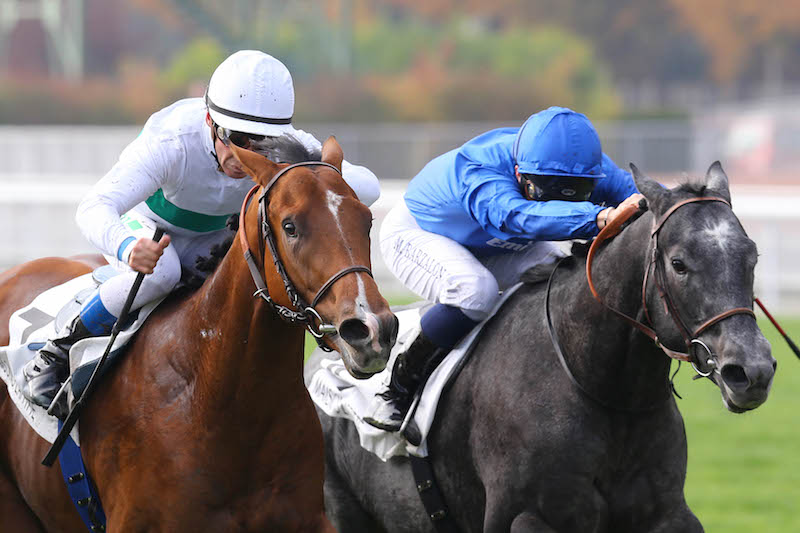 Godolphin’s Graphite, (right) a son of Shamardal trained by Andre Fabre, broke his maiden on his second career start when coming from a seemingly impossible position to win over 1800 metres at Maisons Laffitte on October 27th. Graphite was bred by the Haras de Saint Pair and sold as a yearling to Anthony Stroud Bloodstock at the 2015 Deauville October sale for 250.000 euros.

Trapped on the rails on the tight home turn, where he even lost his footing for a stride or two, Graphite didn’t get a clear run until the race appeared to be over and Go Fast and George Strawbride’s Stunning Spirit were fighting out the finish. However, once in the clear the grey colt quickened to catch Stunning Spirit and win by a head in the final strides. Fourth on his debut, beaten by three colts who are already winners too, Graphite looks to have a bright future.