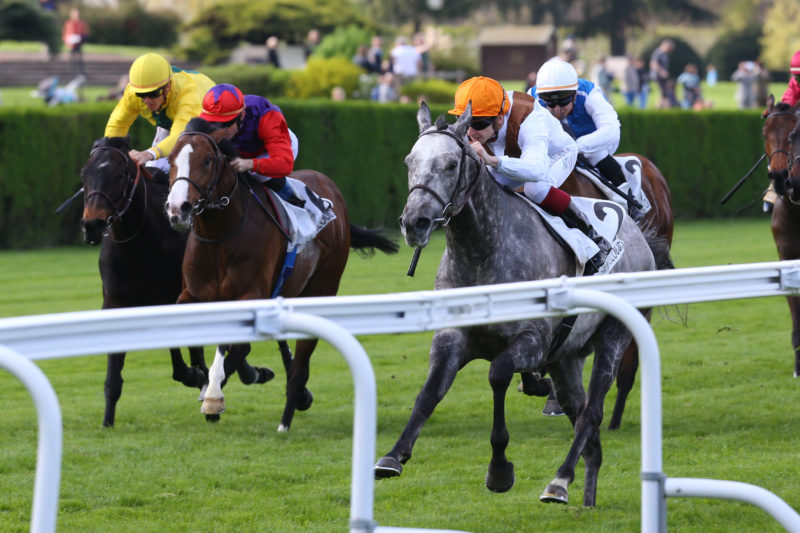 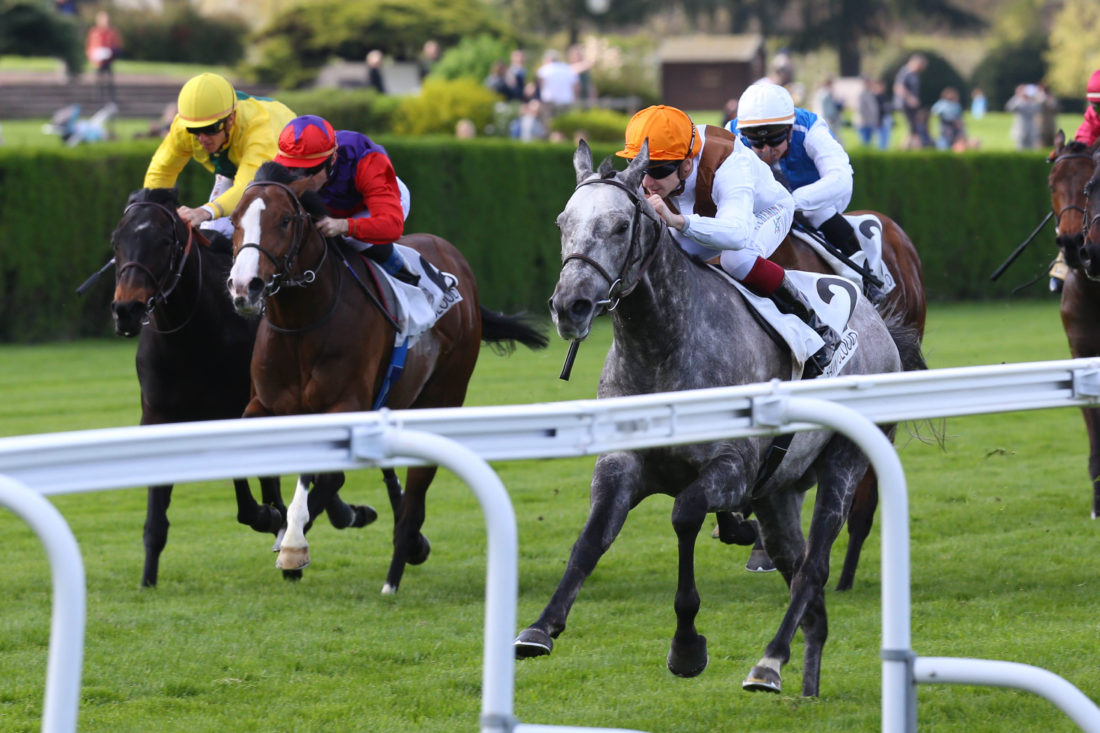 The Haras de Saint Pair’s Jimmy Two Times made a brilliant seasonal reappearance acclerating away from a high class field to win the 1600 Group 3 Prix Edmond Blanc at Saint Cloud on April 2nd by 3 1/2 lengths.

The four year old son of Kendargent was held up at the rear of the field by Vincent Cheminaud while the pacemakers set a strong early pace. At the top of the straight the 11 strong field were well strung out but Cheminaud and Jimmy Two Times were clearly going well, even if they had only three horses behind them. At the 400 metre mark Cheminaud asked his mount to quicken and within a few strides the race was over and Jimmy Two Times was clear of his rivals. Dicton and Attendu, both proven Group 1 performers, came from the rear to take second and third place, 3 1/2 lengths and a neck behind Jimmy Two Times.

This was only the second time Jimmy Two Times has raced over 1600 as after his disappointing run in the Poule d’Essai des Poulains last May his trainer Andre Fabre kept him over shorter distances. He now has five wins and five places from 11 career starts and earnings of 380.000 euros. He is likely to be campaigned in Group 1 races over a mile for now on.

Jimmy Two Times was bred by F Teboul and J Boniche and was purchased as a yearling at the 2014 Arqana October sale for 85.000 euros. He is the third winner produced by his dam the Anabaa mare Steel Woman who has a two year old Authorized filly in training in England.