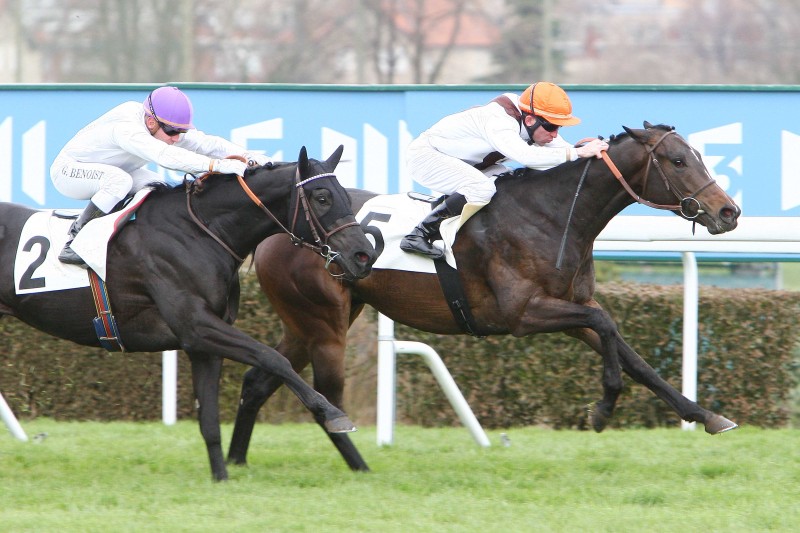 Kapour was a comfortable neck winner of the Listed Prix Maurice Caillault at Saint Cloud on March 16th. The three year old son of Toylsome is now unbeaten in three career starts with earnings of 82,725 euros.

Held up close behind the leaers Kapour quickened impressively at the top of the straight and together with the runner up Park Reel raced 3 lengths clear of his rivals. Kapour will make his next start in one of the trials for the Prix du Jockey-Club.

Kapour is the fourth foal of the Monsun mare Kitcat but the first to be bred by the Haras de Saint Pair. None of her first three foals won a race and two of them were unraced. Kitcat herself was a Listed winning Group placed miler who was trained by Peter Schiergen for Gestut Schlenderhan. Kitcat’s two full sisters Karavel and Kalla were high class middle distance performers and are both producing for Schlenderhan.

« ROERO BACK TO BEST
AMORAMA’S SISTER LOOKS GOOD AT CHANTILLY »