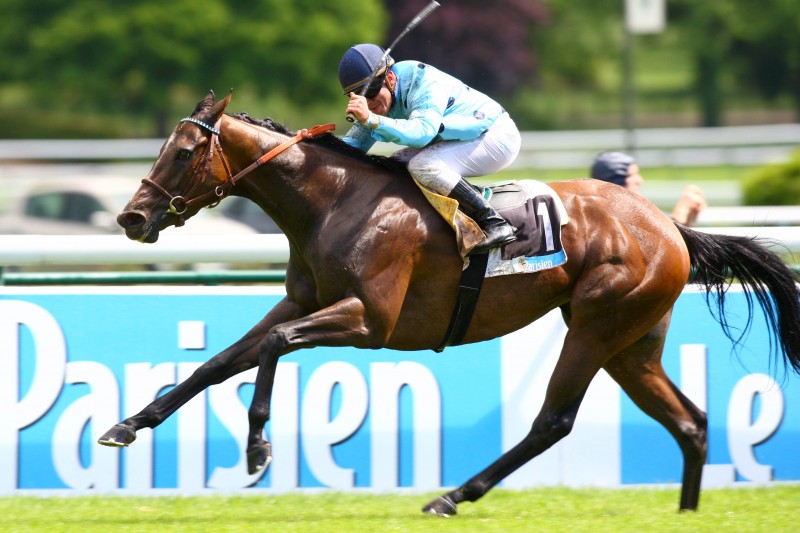 LE HAVRE GOES TO THE TOP

LE HAVRE GOES TO THE TOP

The Haras de Cauviniere’s stallion Le Havre went to the top of France’s stallion listing following the success of his daughter Avenir Certain in the Group 1 Poule d’Essai des Pouliches at Longchamp on May 11. Antonio Caro and Gerard Augustin Normand’s unbeaten filly is probably the best of her age in Europe at the moment and her victory over Veda and the remainder of a strong field could not have been more impressive.

Le Havre has made a spectacular start to his stud career. Up to the day of the Poule d’Essai Le Havre had had 15 three year old winners of 20 races, and aside from Avenir Certain they include the stakes winners Auvray and La Hougette and the stakes performers Suedois and Crisolles, as well as any number of promising horses in France, Spain and further afield.

The ranking of sires with their first three year olds has, as is usually the case, been transformed since the beginning of the year. After five months Le Havre is looking like the best of this generation and at this moment the main challenger is Sea The Stars, sire of three Group winners and several stakes horses in 2014. If both look like becoming leading stallions it is remarkable that they should be in the same category. Sea The Stars was a great champion who retired to stud at a fee of 85.000 euros in Ireland, whereas Le Havre’s fee in his first season at La Cauviniere was only 5.000 euros !