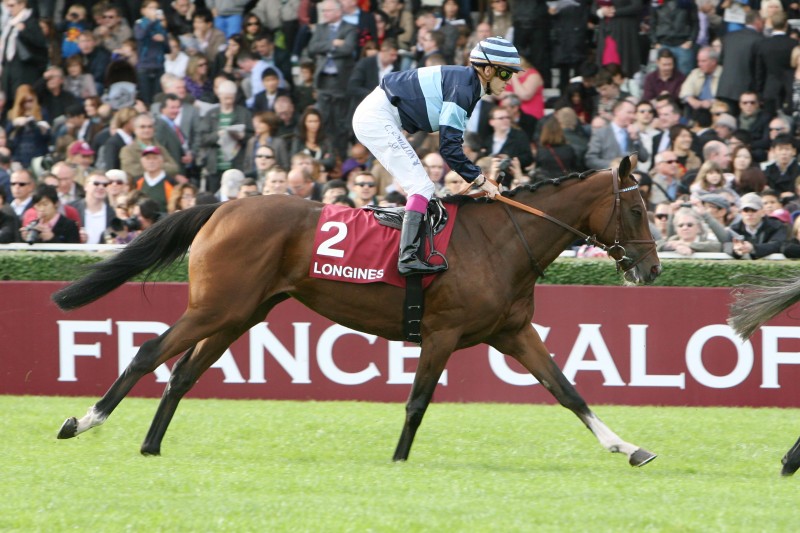 The Haras du Thenney’s Orpen is starting to emerge as a very promising young broodmare sire. The son of Lure’s oldest progeny are now 13 and he is already broodmare sire of 3 Gr 1 winners headed by the Haras de Perelle’s Giofra. Giofra’s dam Gracefully, a Group 3 winner at two in England, came from Orpen’s first crop, as did the Gr 1 Poule d’Essai des Pouliches winner Torrestrella.

Torrestrella’s second foal, the Speightstown filly Farmah, was third on her third career start in the Listed Prix Belle de Nuit at Chantilly on March 13. Torrestrella is now the dam of two winners from her first two foals including a stakes performer and she has Intilaaq, a two year old colt by Dyanformer in training with Roger Varian in England.

The Haras de Saint Pair’s Orpen  mare Sabi Sabi is a close relation to Torrestrella as her dam is a half sister to the Classic winner. Sabi Sabi was a winner at two when she was given an official rating of 92. Her first foal is a chestnut colt by Le Havre and she visits Maxios.