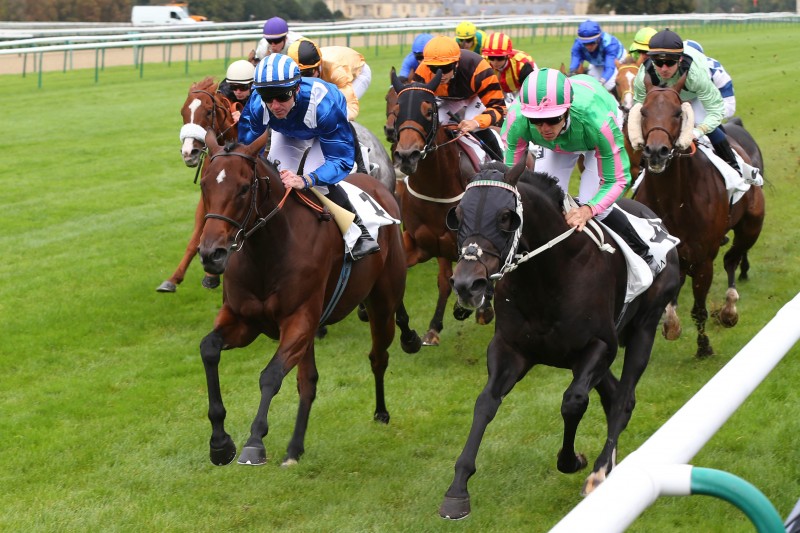 SABI SABI, lot 599, and her colt foal by Le Havre, lot 572, will be offered at the Arqana December sale on Monday, December 8 by the Haras d’Ommeel on behlaf of the Haras de Saint Pair.

SABI SABI was trained by Jean Claude Rouget for 1 win and 9 places in 11 career starts at two and three, and had an official rating of 92 as a juvenile. She is the first foal of her dam whose two year old Sandouville is trained by Philippe Sorgorb for Gerard Augustin-Normand. Spring Sea is a half sister to the Classic winner and Group producer Torrestrella as well as two other stakes producers Torrealta and Summer Sea. The French 1.000 Guineas winner Torrestrella, also by Orpen, is the dam of this year’s Group winning sprinter Farmah, (photo) while Summer Sea’s three year Diego Valor is among the the leaders of his generation in Spain. Diego Valor, a colt by Le Havre, has 4 wins and 5 places from 10 career starts in Spain and France and total earnings of 80.000 euros.

Orpen is proving to be an excellent broodmare sire. His oldest daughters are still only 13, and yet he is the broodmare sire of the Gr 1 winners Giofra, Empress Jackie and Doctor Doom, as well as the 2014 Group/Stakes winners Farmah, Bodhi, Gomato,and Medley Chic.