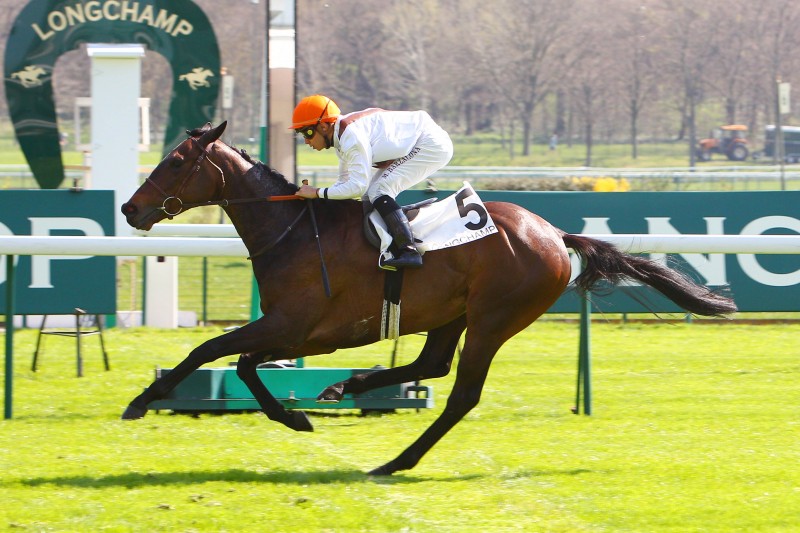 Including the two older horses bred under the name of 6 C Racing the Haras Saint Pair has had 23 different runners in France who have won 27 races, and 172.000 euros in breeders’ premiums.
These winners include the Group 2 winner and Group 1 placed Ampere (photo), the Listed winner Pearly Steph, the Listed winner and Group 1 placed Via Pisa and the Group placed fillies Porthilly and Via Manzoni.

In Germany the Haras de Saint Pair bred Vadamos won a Group 2 race, while in Ireland Golden Pearl was an impressive winner of her only start to date.