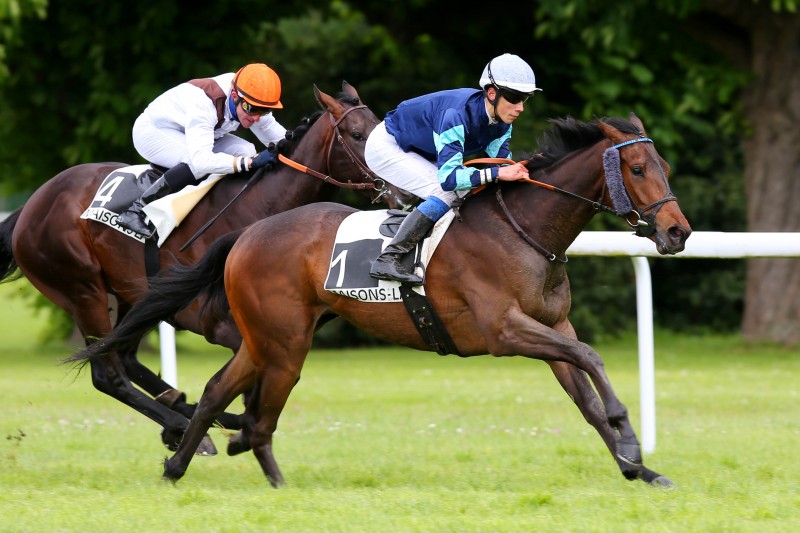 The Haras de Saint Pair has three Monsun colts in training with Francois Rohaut, and all three are beginning to look very promising. Darlux, a son of the leading staying mare Anna Pavlova stepped up considerably on his third career start to finish third in the Prix du Tremblay over 2400 metres at Bordeaux le Bouscat on May 8. Darlux was only caught in the final 50 metres and was beaten a head and 3/4 length by the previous winners Heartily and Baino Hope.

Santo Spirito, the first foal of the Gr 3 winner San Sicharia, made his debut  in the 1900 metres Prix de Sauternes at Bordeaux le Bouscat on May 12, and he too was only denied victory in the final strides when he hung right and was caught and passed by Run In Paris and Nalon,  to be beaten a head and 1/2 length.

Finally Vadamos, a son of Celebre Vadala, who had broken his maiden at Tarbes in April improved considerably to finish second in the Prix Diatome, a B race over 2100 metres at Maisons-Laffitte on May 12. Vadamos made most of the running and was beaten in the final metres by Galingari, whose impressive apprentice rider Julien Magnez has a 3 1/2 kilos allowance. Garlingari and Vadamos defeated a field full of promising colts including the Wertheimers Galileo colt Planetaire who finished third.