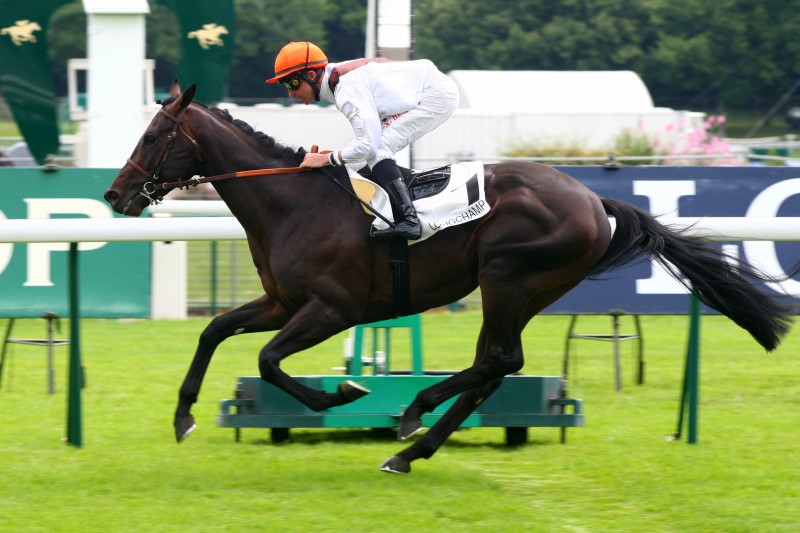 Vadamos will be heading for Group races after an easy 3 length  win in the Listed Prix Frederic de Lagrange at Vichy on July 27. The son of Monsun completed a Listed race double in two days in Vichy for the Haras de Saint Pair and its trainer Francois Rohaut following Roero’s victory a day earlier.

Vadamos made all of the running and was never seriously pressed and was able to quicken away from his rivals to win comfortably. Vadamos is unbeaten in two starts over 1 1/2 miles and at both Longchamp in June and again at Vichy he won in the manner of a colt who could progress right to the top. He is likely to make his next start in the Group 2 Grand Prix de Deauville at the end of August.

Vadamos is the third winner from the first four foals of the stakes winning mare Celebre Vadala. She has a two year old colt by Invincible Spirit called Vaugondi who is in training with Andre Fabre, a Dutch Art filly foal and is back in foal to Pour Moi.