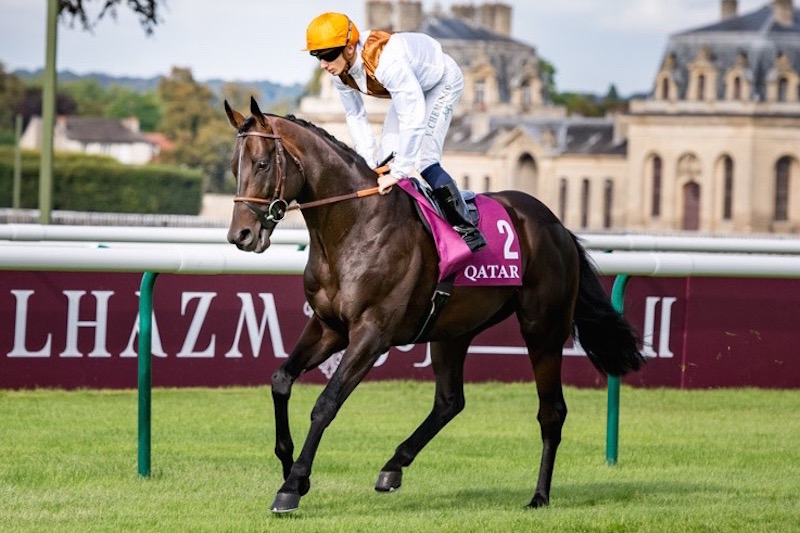 Monsun’s Group 1 winning miler, Vadamos, will retire to Tally-Ho Stud in Ireland for the 2017 breeding season, with the stud purchasing a majority interest in the colt for Northern Hemisphere duties.

Rated 126 by Timeform, (13-9-2016) Vadamos has finished in the frame in sixteen of his eighteen starts on turf, and has developed into the joint leading older miler in Europe this year after racing over longer trips as a three year old. His season was highlighted by a brilliant victory in the Group 1 Prix du Moulin at Longchamp in September as well as a wide margin win over Eryveda and others in the Group 2 Prix du Muguet in May.  This year he has beaten a succession of Group 1 winners Galileo Gold, Territories, Zelzal, Ervedya, Esoterique, Dariyan, Lucia Valentina , Black Heart Bart and many others over a consistently high class campaign.

“Vadamos has always impressed me with his raw talent,’ trainer Andre Fabre commented.  ‘It is well documented that no other horse in my yard could beat him in the mornings and his final 200m(or one furlong) time in the Moulin of 10.47s is absolutely top-class.”

Tally-Ho’s Roger O’Callaghan said: “I like speed horses and his performance and time in the Prix du Moulin were exceptional; he has the pedigree, consistency of performance and speed that, for me, make him an extremely attractive stallion prospect.”

Vadamos is one of 20 Group 1 winners by the great German sire Monsun, and comes from a female family of exceptional milers and middle distance horses which has been developed by Jean Luc Lagadere, the Aga Khan and the Haras de Saint Pair.  In recent years this family has produced Group 1 milers like Vadamos, Valixir and Val Royal as well top ten furlong winners like Valyra, Vazira and Vadawina.

Vadamos’ current owners Andreas Putsch, of Haras de Saint Pair, and John Camilleri, of Fairway Thoroughbreds, are both retaining shares and will support Vadamos at stud.

Vadamos will have his final start in the Group 1 Emirates Stakes at Flemington’s Melbourne Cup carnival on November 5th.