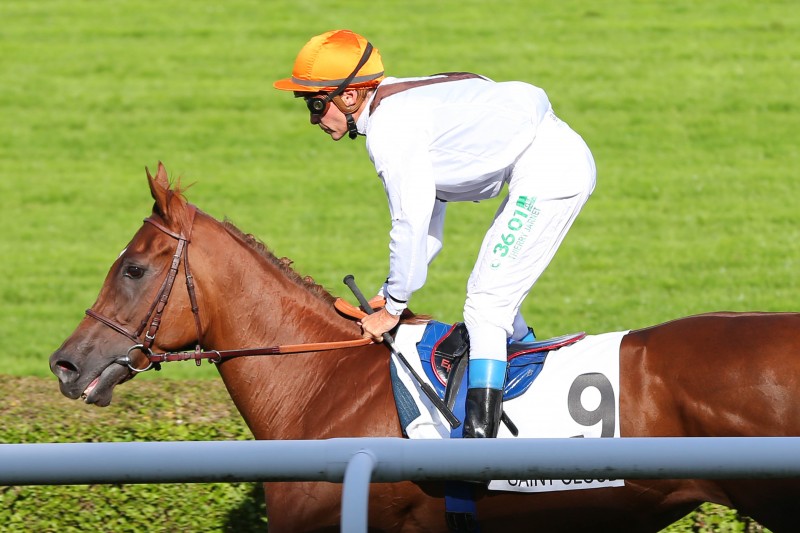 The Haras de Saint Pair’s Via Pisa finished third in the 2000 metre Group 1 Premio Lydia Tesio in Rome on Sunday October 25, beaten only a neck and a short neck by Odeliz and Sound Of Freedom.

The three year old Pivotal filly was held up by Thierry Jarnet in what was a very strongly run race. Outpaced for a moment by the first two Via Pisa finished very strongly and would have challenged the winner in another few strides. The Freddy Head trained filly has two wins and seven places from nine career starts and won the Listed Prix Coronation at Saint Cloud in September.

Via Pisa is the fist foal of the Group 3 winner Via Medici, sold to Shadai Farm in foal to Dansili for 480.000 euros in Deauville in December 2014. She has an unraced two year old Dansili filly Via Firenze in training with Pia Brandt, and her yearling filly by Lawman was bought back by Saint Pair for 95.000 euros at the Deauville October yearling sale.