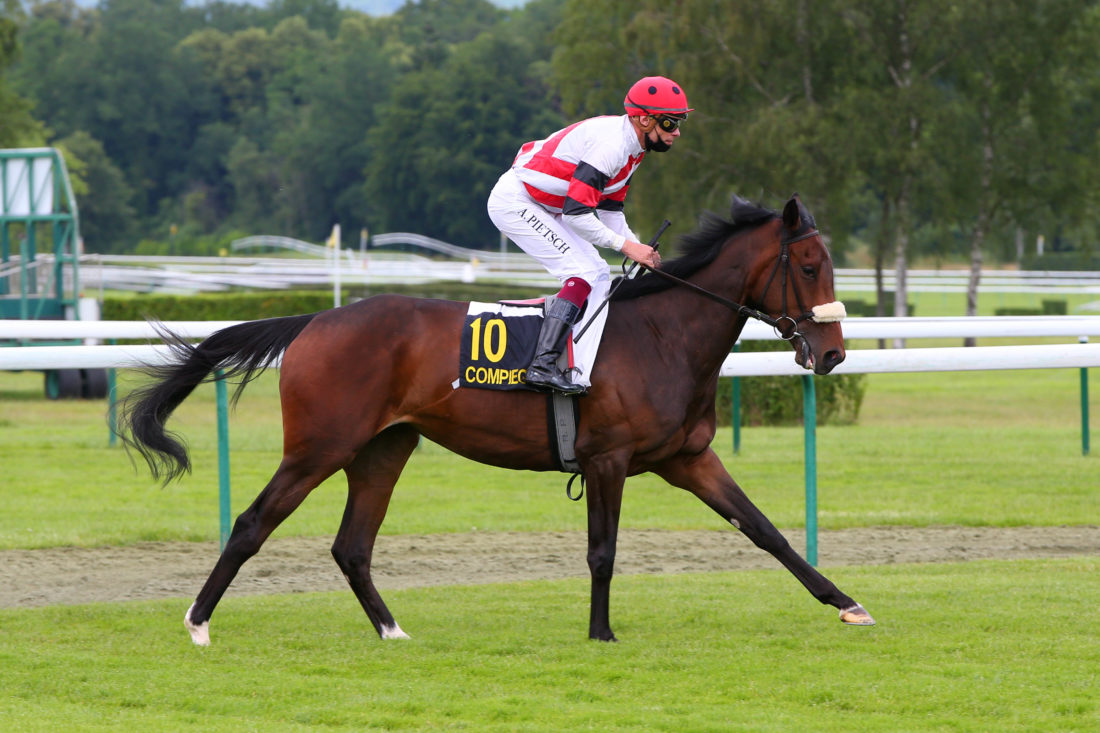 Stall Grafenberg’s Waldbiene confirmed she is a Group class filly following up her Group 2 win in Baden Baden in September with a second place in the Group 3 Herbst Stuten Preis at Hanover over 2200 metres on October 24th. The Saint Pair bred daughter of Intello was forced by circumstances to make her own running this time and in the final stages was passed and beaten 1 1/4 lengths by Walkaway. The winner had finished second to Waldbiene in Baden Baden and there is clearly not a great deal between the two fillies, but both appear to be suited to coming from behind in a strongly run race.

Waldbiene was sold at the Arqana August sale for 110.000€ to Panorama Bloodstock. She is the second stakes winner produced by her dam Waldjagd who comes from the famous ‘W’ family developed by Gestut Ravenburg. Waldjagd was sold by Saint Pair at the 2020 Arqana December sale for 200.000€ in foal to Kingman. 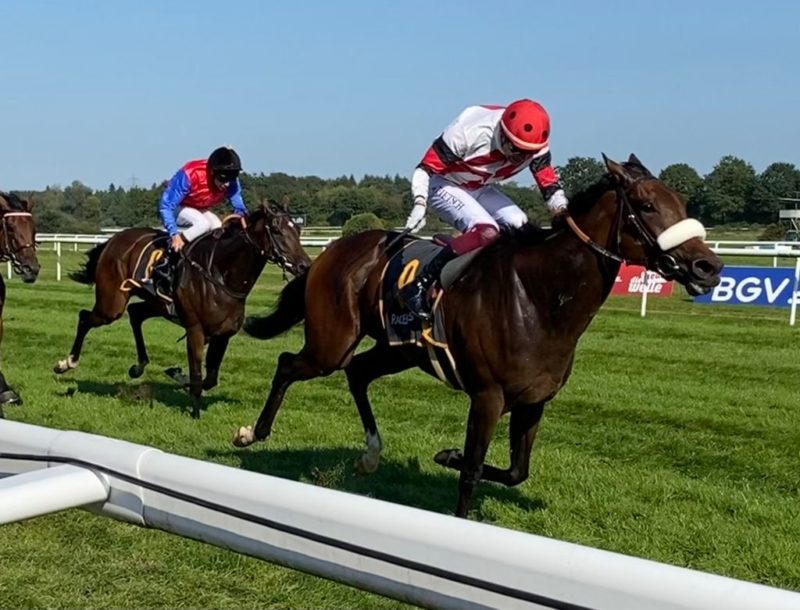 « GLYCON STEPS UP TO GROUP 1 PLACE
DOUBLE FOR SAINT PAIR »