Hamdan Al Maktoum’s Al Aasy was a comfortable winner of the Group 3 Bahrain Trophy over 2500 metres at Newmarket on July 9th. The William Haggas trained colt is by a Sea The Stars out of the Saint Pair bred Kitcara. Kitcara is a Shamardal mare who raced in the colours of Saint Pair winning at Maisons Laffitte over 1600 before being sold out of training at the Arqana December sale to Kern Lillingston for 120.000 euros. Al Aasy now has two wins and a place for four career starts and is set to run in the Great Voltigeur Stakes at York in August before the St Leger at Doncaster in September.

Kitcara is one of five winners produced by the Monsun mare Kitkat including the Group/stakes performer Kapour. Her last foal the Olympic Glory three year old filly Kitkitty is in training with Fabrice Vermeullen for the Haras de Saint Pair. 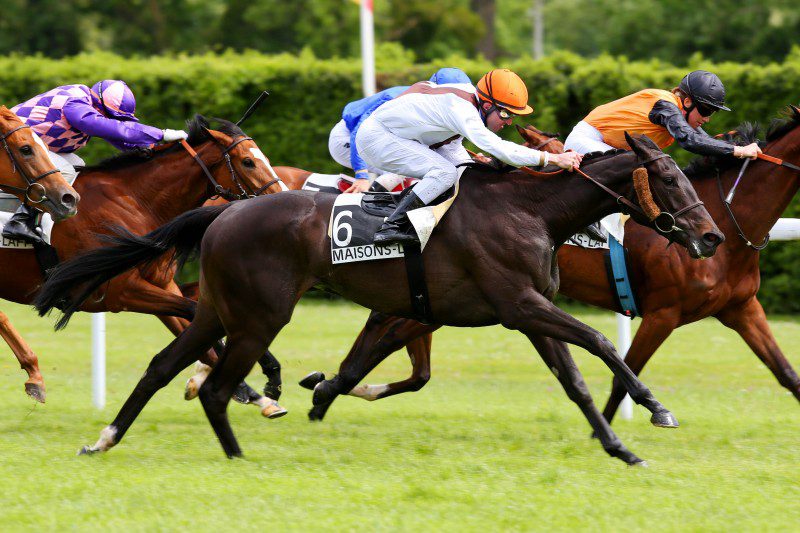