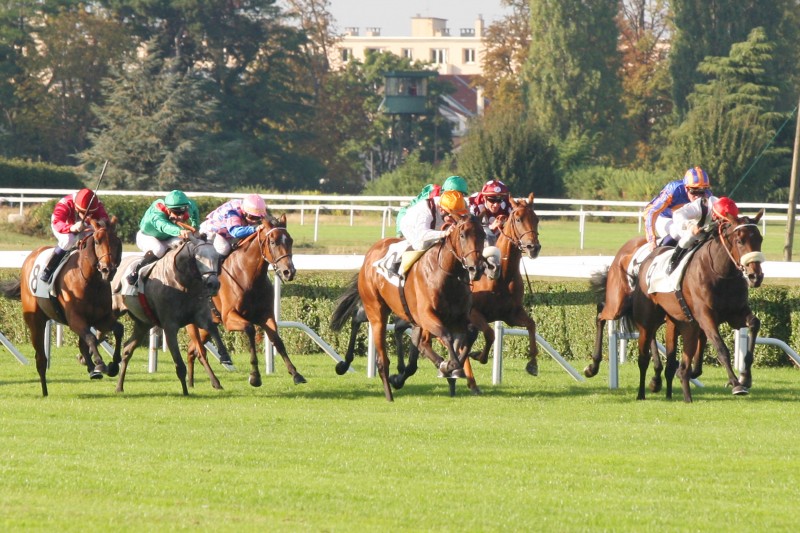 EASY WIN FOR PEARLS OR PASSION

EASY WIN FOR PEARLS OR PASSION

Pearls Or Passion, the Haras de Saint Pair’s four year old daughter of Monsun and Pearly Shells was an easy 5 length winner on her seasonal reappearance at Bordeaux Le Bouscat on April 7th.

The result of the 2400 metre Prix Bertrand Blanchy was never really in doubt as Francois Xavier Bertras and Pearls or Passion were always travelling smoothly in race run at a fast pace. At the top of the straight they cantered past their rivals and quickened away to win unchallenged. Pearls Or Passion now has two wins and three second places from five career starts for earnings of 56,468 and looks likely to compete in Group races in the future.

The first five foals of the Prix Vermeille winner Pearly Shells are winners and they include the Group 3 winner Pearl Banks and the very useful Pareo as well as the stakes placed Pearl or Passion. Pearly Shells has an unraced three year old Anabaa filly Pearly Avenue, who is in training with Francois Rohaut, a two year old colt by Oasis Dream and a colt foal by Dubawi.

« FAIRLY FAIR IS BACK
KENDARGENT AGAIN! »