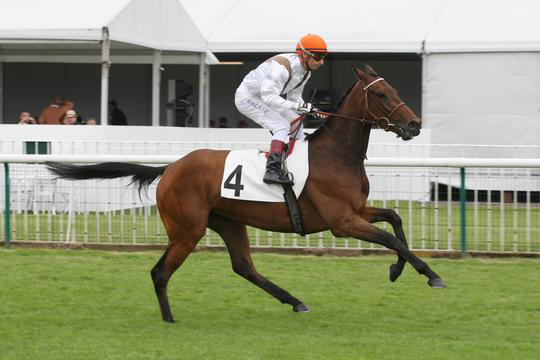 Cherry Collect became only the second Italian trained filly in the last ten years to win the Oaks d’Italia in Milan last Saturday. Earlier this year Cherry Collect had won the Premio Regina Elena and the daughter of Oratorio has now won seven of her eight career starts. Cherry Collect’s only defeat came in the Group 3 Premio Dormello last October when she was beaten a length by Bugie d’Amore, with the rest of the field well behind. Bugie d’Amore is set to make her debut in the colours of the Haras de Saint Pair on Sunday June 3 in the Prix de Sandringham at Chantilly. The daughter of Rail Link has not run since her victory in the Dormello but has been with Alain de Royer Dupre in Chantilly all of this year preparing for her three year old career.

« MONSUN AS BROODMARE SIRE TOO
HATTAASH IS BACK »