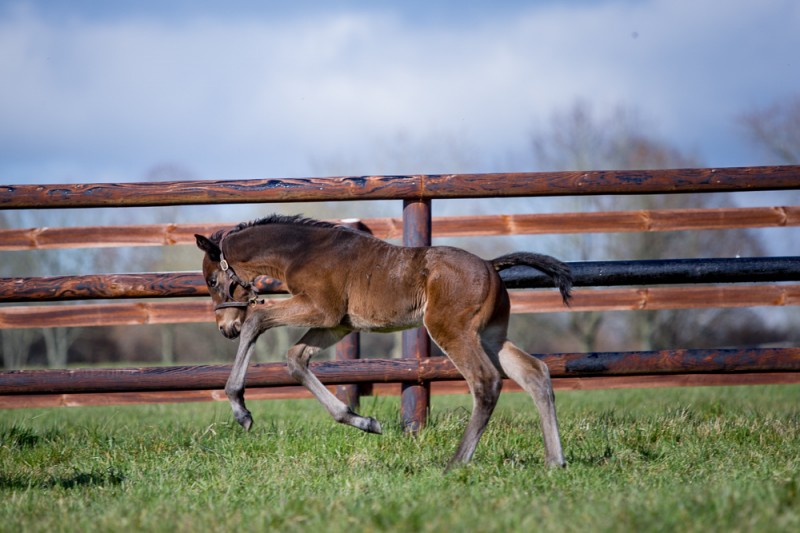 Frankel’s has stud career has begun as his racing career ended, with an astonishing run of excellent performances.It is still early days and on June 8 Banstead Manor’s sire had had only four runners, but three of these had won like future stars.

The colt Cunco and the fillies Queen Kindly and Fair Eva all looked lost racing through the first furlong on their debuts but by halfway they were on the bridle and by the finish well on top. Fair Eva, a filly out of the Group 1 winner African Rose and the first Juddmonte home bred Frankel to run, was his most impressive winner to date at Hayodock on June 8.

The Roger Charlton trained filly missed the break and trailed the field after 400 metres. Once she realised what was going on she passed all of her rivals with ease, and when asked for an effort by Ryan Moore she quickened away to win unchallenged by 4 lengths in a 1200 metre madien race.

The Haras de Saint Pair has two mares in foal to Frankel, La Banderilla and Via Pisa, and a colt foal (photo) out of the Group 1 winner Pearly Shells.