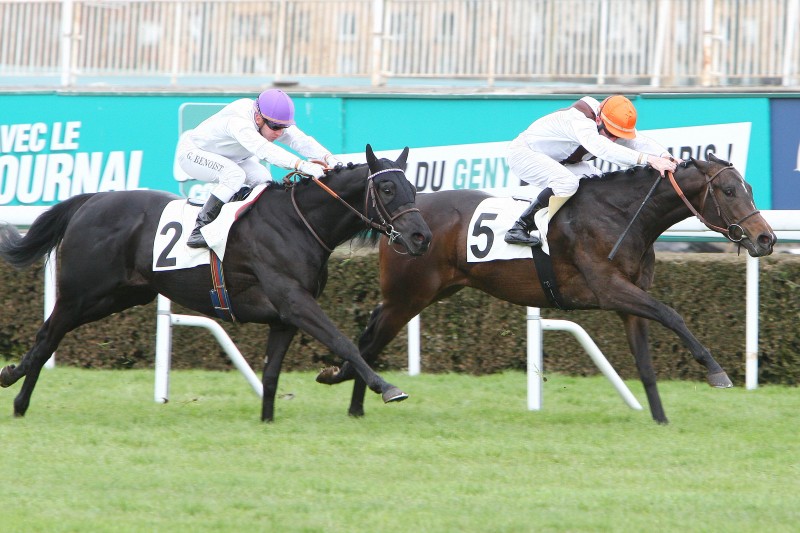 Kapour, a four year old son of Toylsome, has been sold by the Haras de Saint Pair and will continue his racing career in Australia. Kapour was not sold at 14,000 euros at the 2011 Arqana October yearling sale. Trained by Francois Rohaut he ran seven times in the colours of Saint Pair for three wins and three places and earnings of 160,000 euros. Unbeaten in two starts at two he took the Listed Prix Maurice Caillaut at Saint Cloud in March 2013 and was then only narrowly beaten by Tableaux in the Group 2 Prix Noailles at Longchamp in April. He was also second to Sky Hunter in a Listed race at Vichy and a close up fourth in a Group 3 on his final start for Saint Pair last October.

Kapour is the first winner out of the Monsun mare Kitcat, who was a Listed winner and Group placed herself. Kitcat has a three year old Shamardal filly Kitcara who was third on her only juvenile start for Saint Pair and Francois Rohaut. She has a two year old filly by Dansili and a yearling filly by Turtle Bowl and will visit Shamardal in 2014.