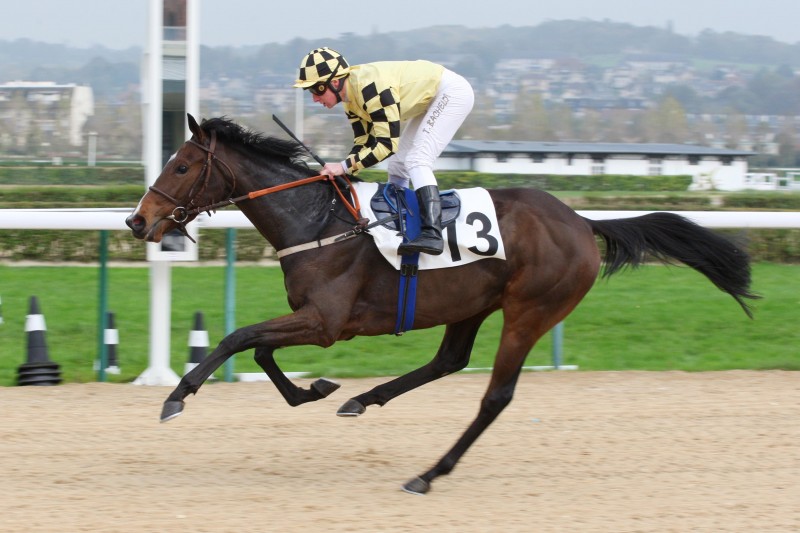 Neckara thrashed a field of 13 two year old fillies to win the Prix de la Placiere in Deauville on October 24th eased down by 5 lengths. The Andreas Wohler trained Shirocco filly was making her second start after finishing second when a short priced favourite on her debut at Frankfurt in September.

Neckara is the fourth foal and fourth winner of the Silver Hawk mare Narooma, who was champion two year old in Germany in 2001. Naromma’s best foal  to date is the Haras de Saint Pair’s mare Namibia who was rated 100 after winning a Listed race in Munich. Namibia’s first foal is a two year old Monsun colt in training with Guy Henrot, her Monsun yearling colt was purchased by Pastorius’ owner Stall Antanando at the Baden Baden September sale for 90,000 euros and she is currently in foal to Kodiac.