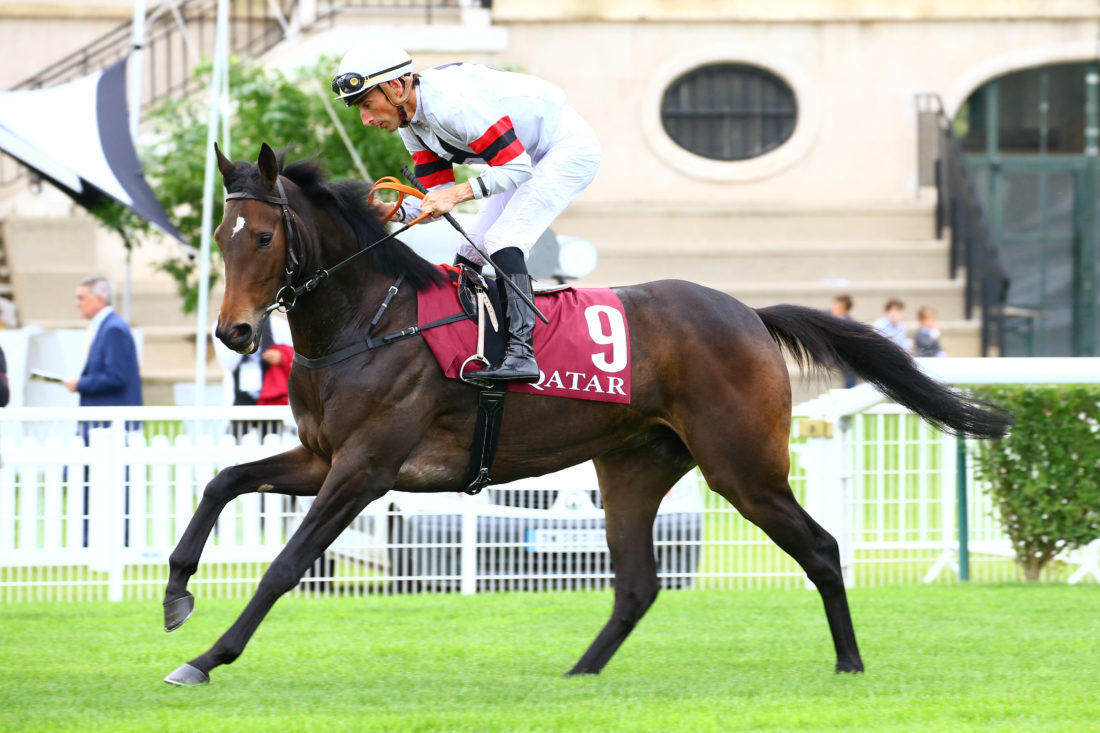 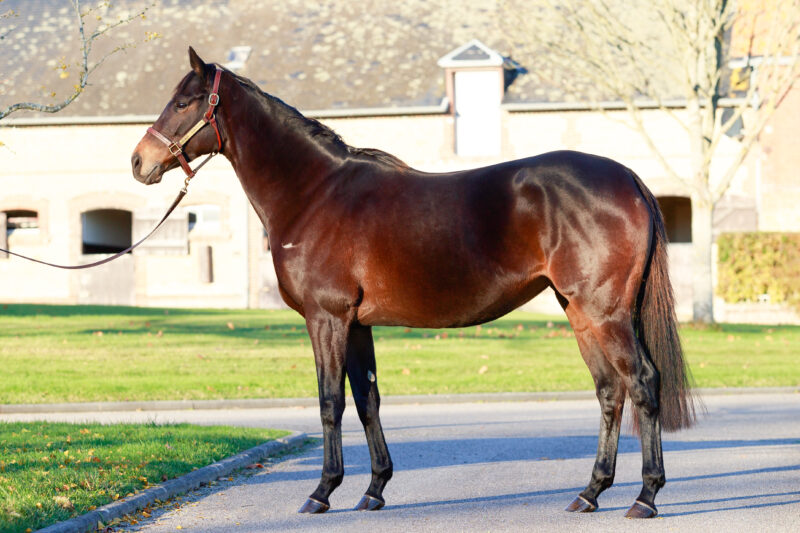 Satomi ran 15 times at two, three and four for 3 wins and 3 places and earnings of 140.000€. Trained by Markus Klug she won a big sales race in Baden Baden over 1200 metres as a two year old, and then trainedon  to run with credit in the top fillies races at three, and to win the Group 2 Grosser Hansa Preis over 2400 metres in Hamburg at four. She had an official rating of 109.

Her dam Swordhalf was Champion two year old filly in Germany in 2012. Gestut Wittekindshof’s mare is the dam of five foals of racing age five to to race and five winners including Satomi, Sword Peinture, a Listed winner and Group 2 placed, the British winners George Peabody and Sword Spirit and the two year old filly Sword Miss who is trained by Markus Klug for Wittekindshof. Sword Miss is currently the second favourite for the 2022 Preis der Diana after winning her only start to date at Baden Baden in October. Sword Miss looked very green and for a time was struggling to stay with her rivals until suddenly taking hold of the bit in the straight and racing past her more experienced rivals to win easily. The second, the colt Ardakan, won a Group 3 race by 6 lengths on his next start. The Mastercraftsman filly is one of the Klug stable’s main Classic hopes for 2022 and is entered in both the German Derby and the German Oaks.