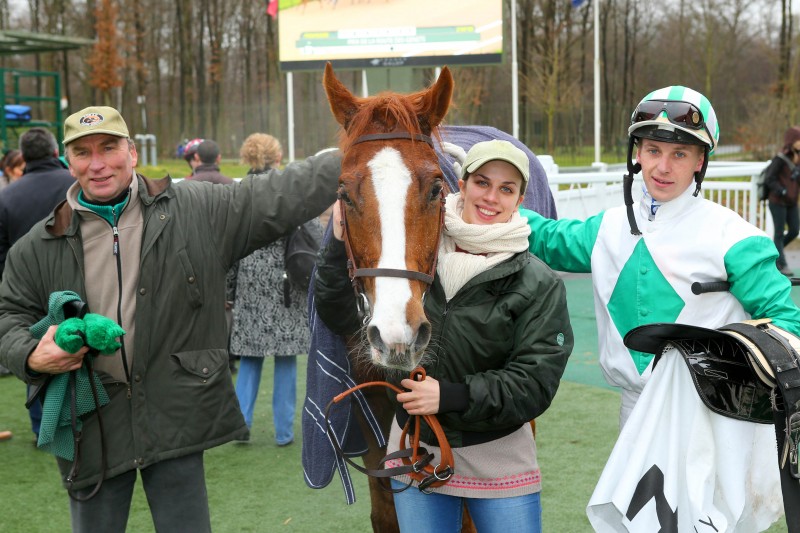 Anducas is not the best horse raised at the Haras de Saint Pair but he is one of the toughest and most consistent. The Rock of Gibraltar gelding was born in 2009 and began his career winning at Chantilly in the colours of Saint Pair over 1600 metres for trainer Alain de Royer Dupre. Anducas did not go on from there and was beaten on his next ten starts including some modest claimers before being sold to his current trainer Claude Le Lay (left in photo) for 1.000 euros at the 2013 Arqana Autumn sale.

Anducas helped his trainer record a fantastic season. In 2015 Claude Le Lay was the leading trainer in France by percentage of wins to runs. His stable won a remarkable 23 races and 282.960 euros with only twelve different runners. His strike rate of 33% made him the leading trainer in France,  well ahead of Jean Claude Rouget (28%), Andre Fabre (21%) and Freddy Head (18%).