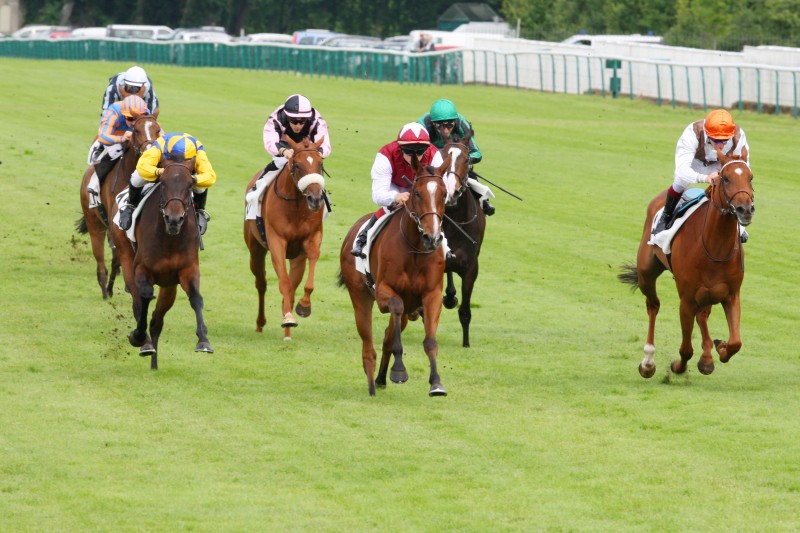 A GREAT START AT CHANTILLY

A GREAT START AT CHANTILLY

Two Saint Pair bred three year olds made their career debuts at Chantilly on June 19, and both showed great promise to finish first and second.

Anducas, a three year old son of Rock of Gibraltar trained by Alain de Royer Dupre made his debut over 1600 metres in the Prix des Fontaines. The son of the Monsun mare Anna Mona made all the running and held off the late challenges of Air Pilot and Chequers to win by a neck and a length. He is the first winner for Anna Mona from two foals of racing age. Anna Mona has a yearling colt by Cape Cross and a colt foal by Dubawi.

Later in the day Inner Beauty, a three year old Pivotal filly made her debut in the 1600 metres Prix des Gres. The Royer Dupre trained filly looked for a long time to be travelling like a winner but was just outpaced in the final 100 metres and beaten ¾ length by Calle Flora, a Street Sense filly trained by Andre Fabre for Sheikh Mohammed. Third was Alamaire, an Acclamation half sister to the Jockey Club winner Le Havre. Inner Beauty is the second foal and second winner of the Indian Ridge mare Indian Maiden. Her two year old colt by Elusive City was sold for 47,500 euros at the Arqana two year old in training sale in May and she has a filly foal by Duke Of Marmalade.