ADMIRE MARS BOUNCES BACK OVER A MILE

ADMIRE MARS BOUNCES BACK OVER A MILE

Riichi Kondo’s three year old Admire Mars came back to his very best back over a mile when winning the G1 NHK Mile Cup at Tokyo on May 5th. The unbeaten champion two year old had finished 2nd and 4th on his previous starts in 2019 over 1800 and 2000m but defeated his 17 rivals to win a second G1 by 1/2 length and a nose. The son of Daiwa Major and Via Medici how has 5 wins from 7 starts and earnings of 2.2 million euros.

Via Medici was sold by the Haras de Saint Pair at the 2014 Arqana December sale for 480.000 euros to Narvick International acting for Admire Mars breeder Northern Farm. Via Medici is also dam of the G1 placed Pivotal mare Via Pisa, who was retained by Saint Pair,  who also have Via Manzoni, a Monsun 1/2 sister to Via Medici as well as Via Milano their dam. Via Pisa visits Kingman this year, Via Manzoni Shamardal while Via Milano is in foal to Lope de Vega. 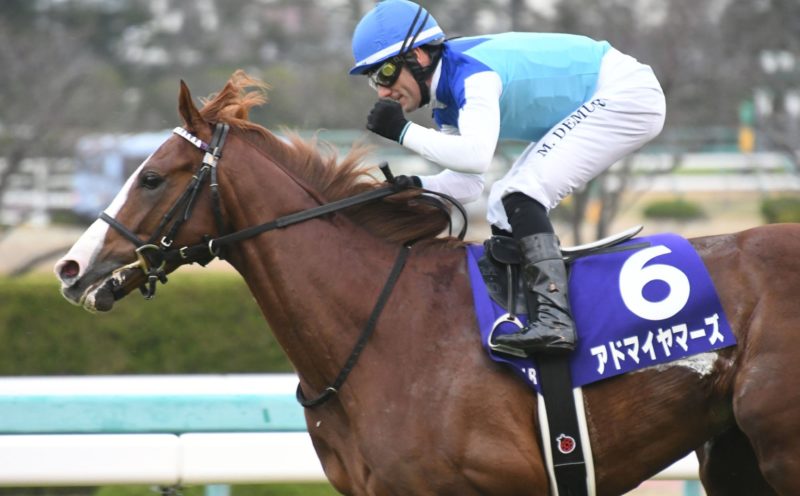