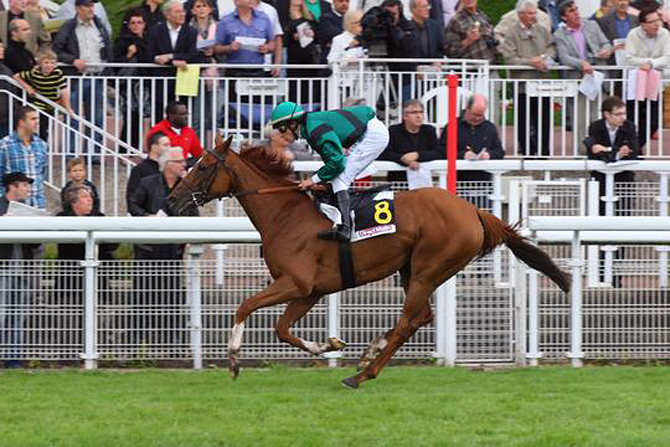 Catmoves, by Medicean out of Cattiva Generosa, won the Listed Prix Hardatit at Auteuil on June 10th. Sold by the Haras de Saint Pair at the Deauville December sale in 2010 for 30,000 euros the five year old mare has now won her last three starts and a total of more than 190,000 euros in prizemoney and premiums.