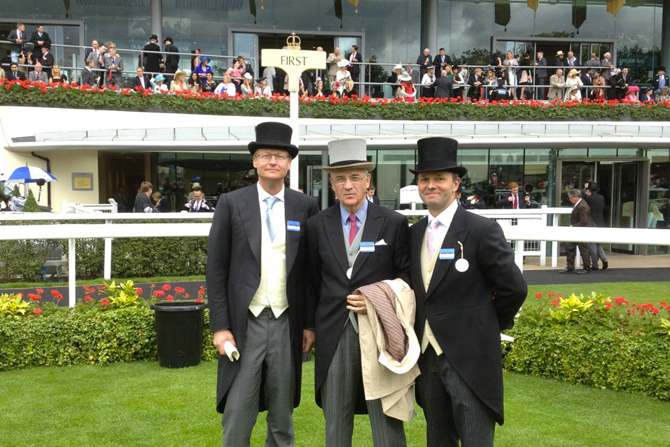 The Haras de Saint Pair’s Bugie d’Amore finished fifth in the Group 1 Coronation Stakes at Royal Ascot. The daughter of Rail Link was held up at the rear of the field and having made her ground quickly at the top of the straight looked sure to finish fourth until the final strides when she was passed by the Classic winner Samitar and beaten a nose for fourth.

Bugie d’Amore is likely to be more at ease on better ground but showed that she is up to competing with the best of her age and sex with this excellent performance in which she was beaten by four high class fillies.

The race was won most impressively by Normandie Stud’s Dansili filly Fallen For You. Dansili’s three year olds, the first since the Juddmonte sire became an expensive stallion, also include the Royal Ascot Group 2 winner Thomas Chippendale, and the Royal Ascot Group placed The Fugue and Stipulate. Up to now Dansili’s progeny have tended to be at their best in the second half of their three year old careers, in this they follow the trend set by Dansili himself and his siblings all of whom improved with age, and on good or firm ground. This year’s three year olds have had little chance to date to show their form on good ground but the rain has to stop at some point and then some of the Dansili’s are likely to progress significantly. In any event Dansili’s three year old look sure to improve his already outsanding record of producing top class horses as his 112 foals already include 5% rated more than 110.
Saint Pair has two foals by Dansili and sent to mares to him this year.

« THE BEST TO DATE FOR PEARLY SHELLS?
RESTIADARGENT SHOWS HER CLASS »