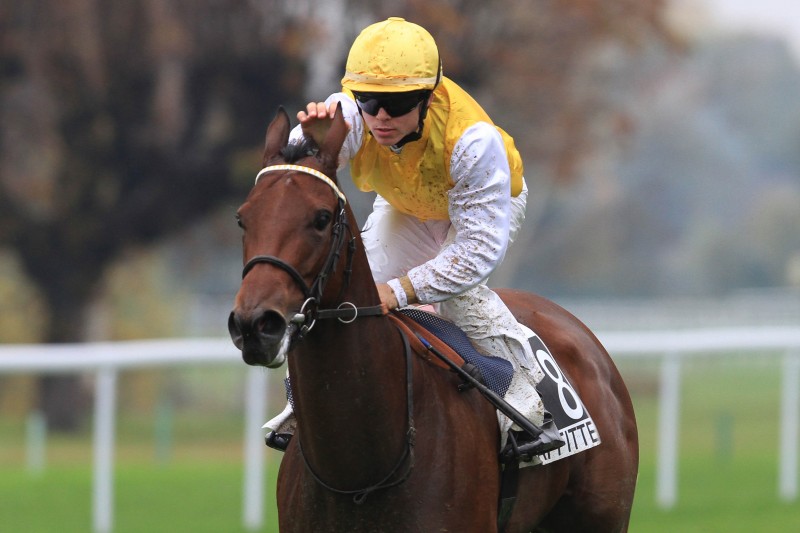 Restiadargent was one of two Group winners in 2011 from the only 19 foals in the first crop of the Haras de Colleville’s stallion Kendargent. Her best win at two came in the Group 2 Criterium de Maisons Laffitte over six furlongs when on very soft ground she came right away from her rivals to win by 5 lengths. A straight six furlongs on soft ground is clearly what Restiadargent needs to be at her very best, and at Royal Ascot she showed once again that her best is very good as after chasing Black Caviar through the early stages of the Group 1 Diamond Jubilee Stakes she was catching the Australian champion all the way to the line. Guy Pariente’s home bred filly finished third beaten only a head and a neck by Black Caviar and Moonlight Cloud, which was an outstanding performance for a three year old sprinter.

Kendargent is a son of Kendor out of a Linamix mare. He has covered more than 100 mares at Colleville in 2012, including two from Saint Pair in San Sicharia and Squaw Dance.