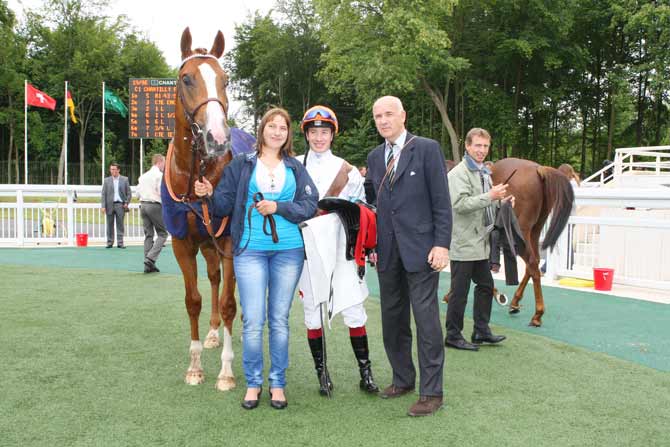 MONSUN ALL THE SAME

MONSUN ALL THE SAME

Anducas, Novellist, the son of Monsun who was sent off odds on favourite, could only finish second in the Deutches Derby at Hamburg on July 1, but nevertheless the weekend underlined the importance of Gestut Schlenderhan’s sire. Novellist, it turned out the following day,  was running a fever and probably didn’t show his true form but the the race was won by Pastorius, a son of Soldier Hollow and the Monsun mare Princess Li. Two days earlier Cherry Danon, by Rock of Gibraltar out of the Monsun mare Sherifa, had confirmed she is the best three year old filly in Germany over a mile with a decisive win in the Group 3 Hamburg Stutenmeile.

Both these Monsun mares had only ordinary credentials as potential broodmares and come from Monsun’s early crops which were produced at modest fees. Princess Li comes from Monsun’s second crop, when he was standing at the equivalent of 5,000 euros,  and was an ordinary peformer herself although she did win two claimers in Milan. Her first three foals are all winners and now include a Classic winner in Pastorius as well as a Group placed colt by Royal Dragon. Sherifa did not race and was bred by Schlenderhan from Monsun’s fifth crop by which time his fee had risen to 20,000 euros. Cherry Danon is her second foal and also the second Group winner by Rock of Gibraltar out of a Monsun mare.