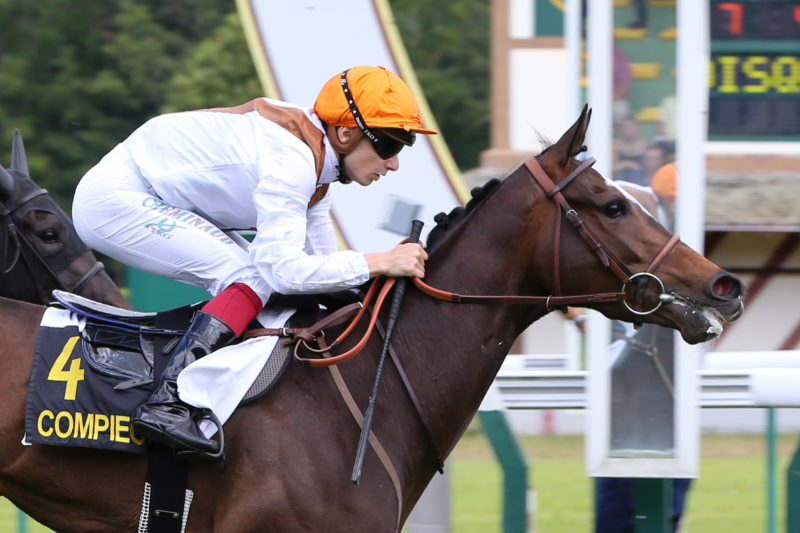 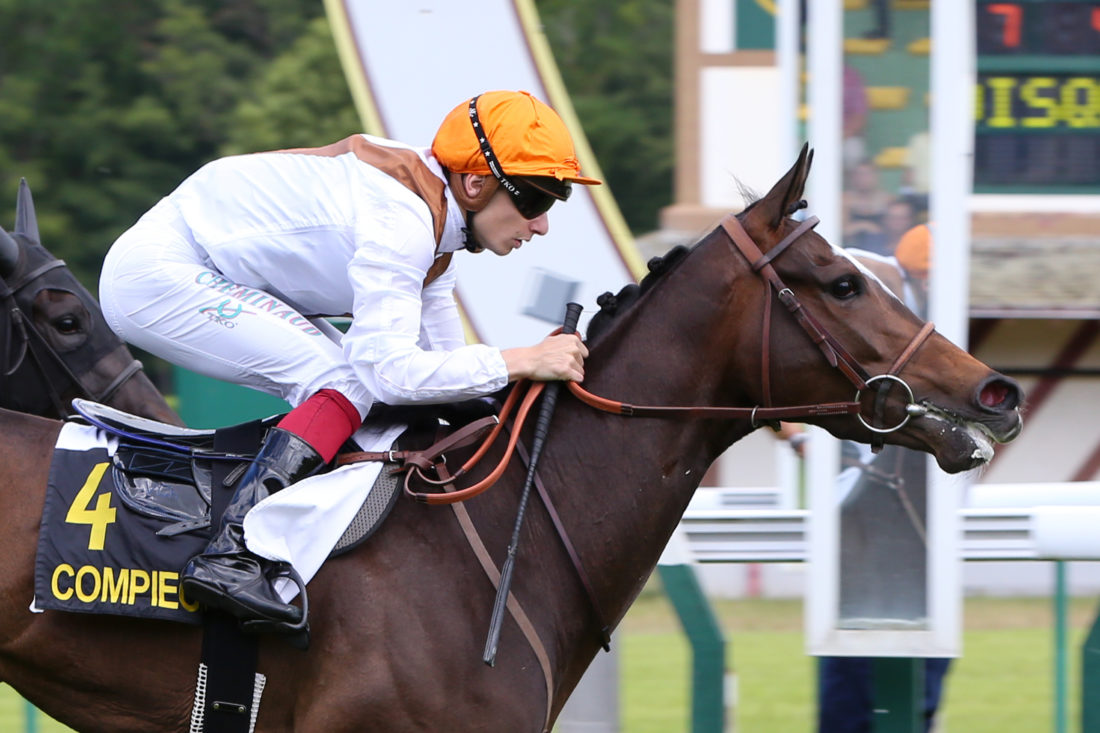 The Haras de Saint Pair’s Chiavari, a three year old Born To Sea filly trained by Andre Fabre, made a winning debut over 2000 metres at Compiegne on June 24th. Held up behind the leader by jockey Vincent Cheminaud Chiavari took time to understand what was required in the straight but at the end was comfortably on top and won by 3/4 length.

Chiavari was bought at the 2015 Goffs Orby sale for 58.000 euros. She was bred by Airlie Stud and comes from the family of Triptych and Barger. Her third dam Baya was second in the Prix de Diane. Her dam Chiarezza, a daughter of Fantastic Light, was a winner at two in Australia. At the 2015 Goff Orby sale Saint Pair purchased two fillies through Crispin de Moubray, Chiarvari and Cool Espirt who was a winner at Fontainebleau in April.

As an owner in France in 2017 the Haras de Saint Pair has had 11 winners from 23 starts, 48% winners to runners, and 11 wins from ten different runners. In terms of prizemoney Chiarvari’s win places Saint Pair in 15th position on the French owners table. 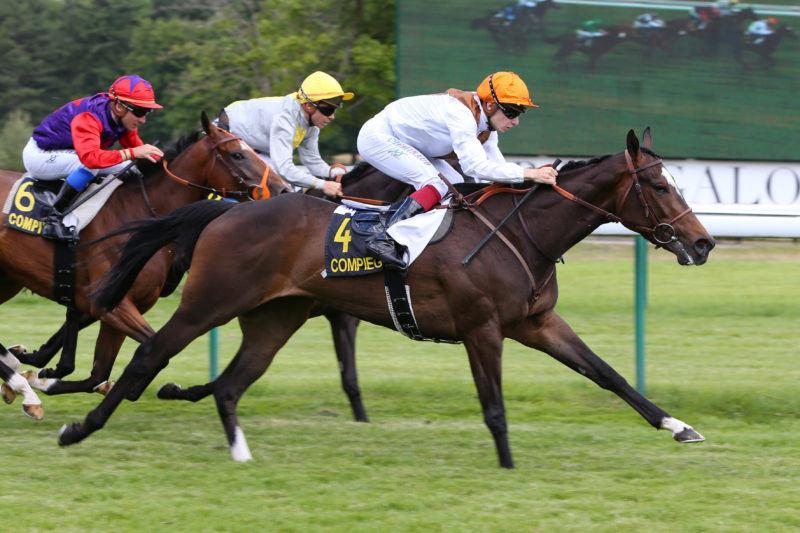