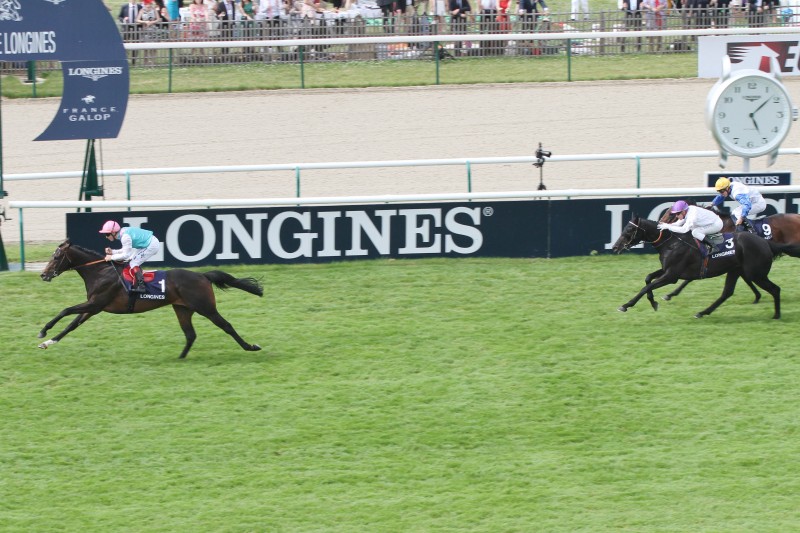 DANSILI ANOTHER STAR OF ASCOT

DANSILI ANOTHER STAR OF ASCOT

The forecast rain didn’t arrive at Acot during the Royal Meeting and the horses which clearly appreciated the prevailing firm ground included the progeny of Dansili. The second crop produced by Juddmonte’s son of Danehill since success took his fee to more than £50.000 are now three year olds and his three Group winners during the week all look likely to play a major role in Group 1 races for the remainder of the year.

Dansili’s run began at Chantilly on June 16 when Flintshire ran away with the Group 3 Prix du Lys over 2400 metres for Khalid Abdulla and Andre Fabre. The same owner’s Riposte was a brilliant winner of the Group 2 Ribblesdale Stakes over 2400 metres at Royal Ascot on June 20, and the third Abdulla owned Dansili, Remote won the Group 3 Tercentenary Stakes over 2000 metres the same day. All three will make their next start in Group 1 races.

Th Haras de Saint Pair has yearling fillies by Dansili out of In The Mist and Kitcat, a yearling colt out of San Sicharia, a colt foal out of Waldjagd and a filly foal out of Via Medici, and then in 2013 Waldjagd and Trois Lunes were covered by Dansili.