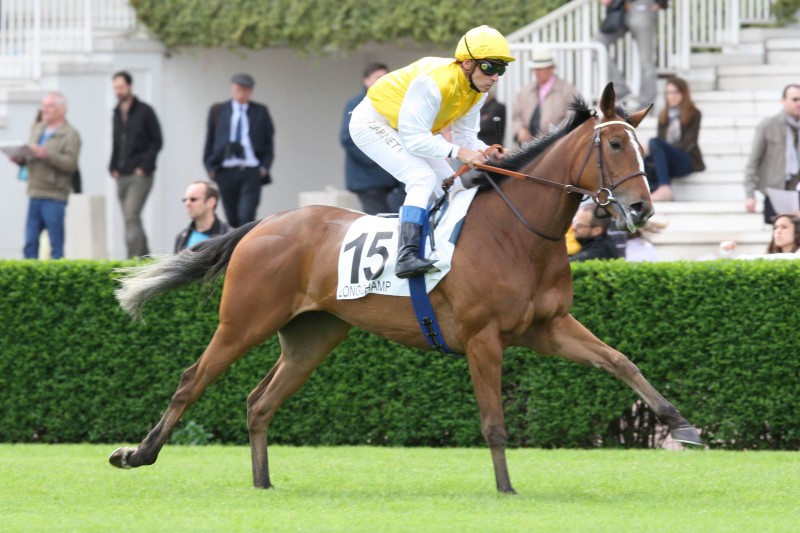 KENDARGENT is an unbelievably successful stallion. The Haras de Colleville’s son of Kendor managed for the second year in a row to have a Group 1 filly at Royal Ascot. A year after Restiadargent finished second in the Group 1 Diamond Jubilee Stakes Kenhope, another three year old filly from her sire’s second crop, finished second in the Group 1 Coronation Stakes on June 21. From only 71 foals in his first two crops Kendargent has already produced seven black type winners and three Group 1 fillies in Restiargent, Kendam and now Kenhope.

Kendargent’s progeny are particularly well suited to racing in England as they tend to appreciate races run at a fast even pace. Kenhope has often proved to be too free when racing in France and at Ascot Guy Pariente’s filly took time to settle, but in the straight she showed a fantastic turn of foot to pass the whole field, aside from winner Sky Lantern. Kenhope took second place ahead of the Irish 1.000 Guineas winner Just The Judge and will have a first class chance in every Group 1 for fillies over a mile.

The Haras de Saint Pair has a colt foal by Kendargent out of San Sicharia and both Moore’s Melody and Damoiselle were covered by him in 2013.

« KENDARGENT YET AGAIN
DANSILI ANOTHER STAR OF ASCOT »