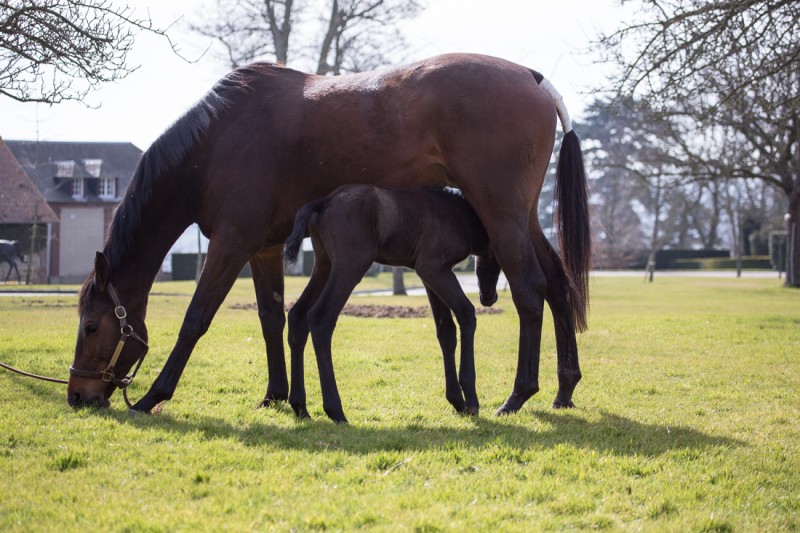 DUBAI COULD JUST BE A HERO

DUBAI COULD JUST BE A HERO

Dubai Hero, the first foal of the Haras de Saint Pair’s mare Bugie d’Amore (photo) ran out an impressive winner on his debut at Newmarket on July 8th. The Saint Pair bred was bought by John Ferguson for 100.000 guineas at the Tattersalls October yearling sale. The son of Dark Angel is trained by Saeed bin Suroor for Godolphin.

After missing the break Dubai Hero made ground to draw alongside the leaders going well as the 11 strong field raced into the dip, before racing into a clear 1 1/2 length lead on the run to the line under jockey James Doyle. After the race Ferguson and bin Suroor both mentioned the Group 2 Vintage Stakes at Goodwood and the Group 3 Solario Stakes at Sandown as possible targets for the colt.

Bugie d’Amore won four races as a two year old herself including the Group 3 Premio Dormello. Dubai Hero is her first foal and she has a yearling colt by Kendargent, due to go to the Arqana October yearling sale, and a colt foal by Le Havre. She is in foal to Kingman.