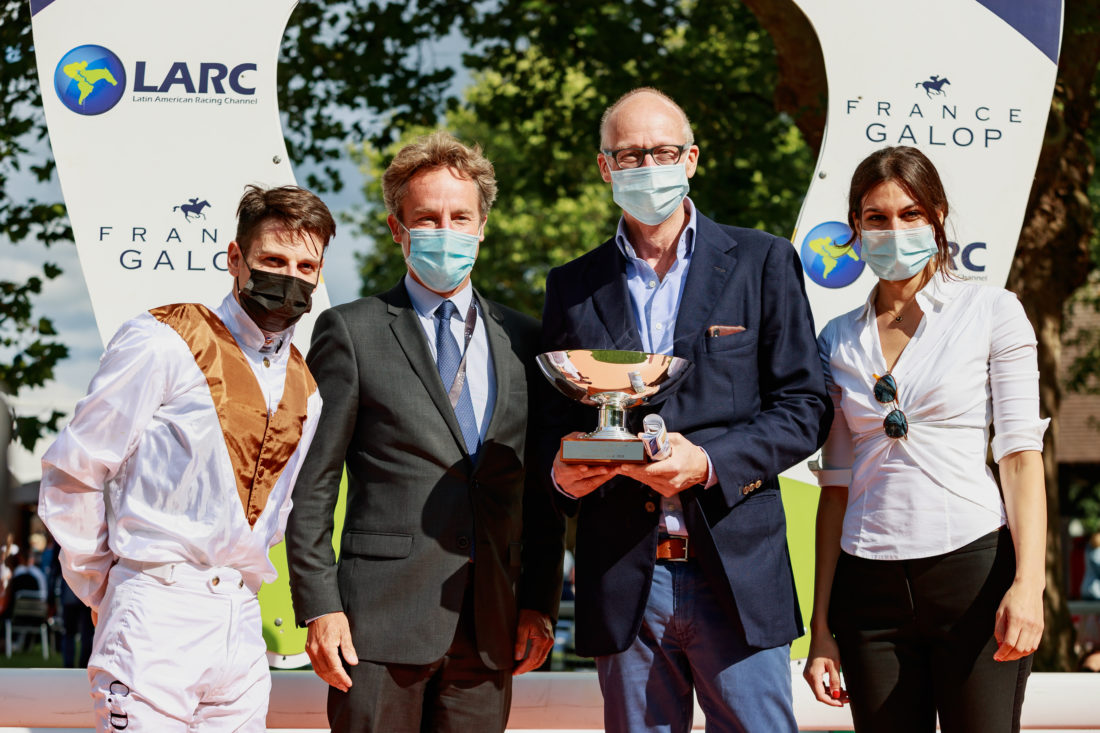 The Haras de Saint Pair Glycon made his first start over further than 2000 metres on SundayAugust 8th in Deauville and recorded a brilliant 2 length win in the Group 3 Prix de Reux over 2500 metres. Held up in last place by Christian Demuro the five year old son of Le Havre quickened impressively in the sraight and passed al of his rivals to win unchallenged.

Glycon didn’t run at two and won his only two starts as a three year old before winning the Group 3 Coupe at ParisLongchamp over 2000 metres at four. The son of Glorious Sight now has five wins from nine starts and earnings of 192.000€. Now he has proved he stays 2500 metres the gelding hs a whole new range of opportunities.

Glycon is one of five winners produced by his dam Glorious Sight who was placed in both the Poule d’Essai des Pouliches and the Prix de Diane. Saint Pair has retained as mares her two winning daughters Girl Friday and Glad Eye, her three year old Dubawi filly Zoikes recently broke her maiden in the United States. She has a yearling filly by Siyouni and is in foal to Pinatubo. 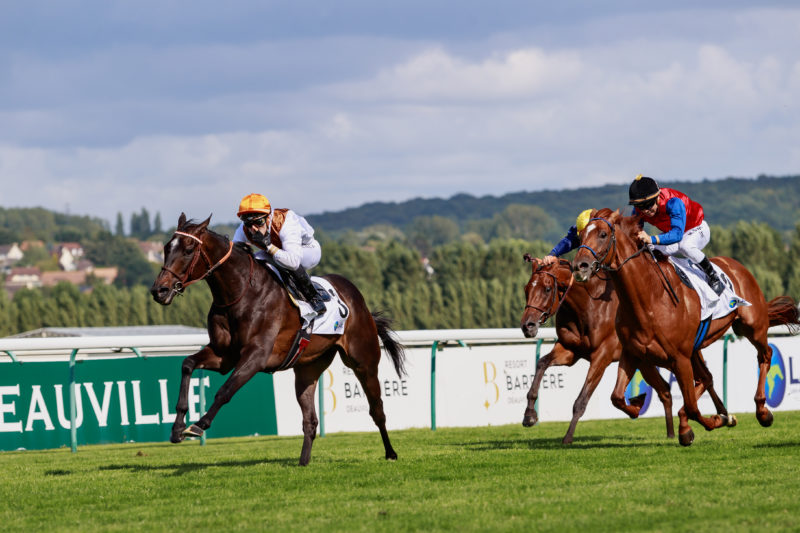