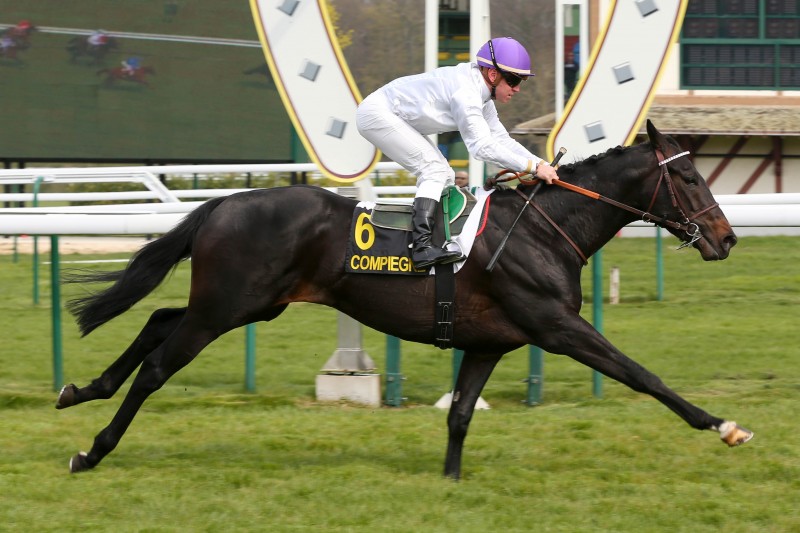 It is early to begin judging sires with their first three year olds, but the French flat season has been underway for some weeks and whichever way you look it at Le Havre has made an excellent start. The Haras de la Cauviniere’s stallion had his ninth individual three year old winner when Auvray ran out an easy winner of a maiden at Compiegne on March 28.

Nine is a big number of three year winners before the end of March, and no other sire had had more than 5 individual winners at the same time. Le Havre’s winners have come over every distance from 1300 metres to 2400 metres, suggesting that he is going to be a very versitable stallion. By the end of March he had only one 2014 stakes performer, Suedois who was a good second in a Listed at Chantilly over 1300 metres, but several of his other runners have looked likely stakes horses of the future. The Spanish trained Diego Valor won a good race at Mont-de-Marson, the Jean Claude Rouget trained Orbec was an easy winner in Bordeaux, and then the filly Crisolles was giving weight to her rivals when second in Chantilly. Aside from Crisolles Le Havre has also had several horses placed in good quality conditions races like Hellain in Saint Cloud, Preaux at Chantilly and Saint Gregoire in Bordeaux.

To impress oberservers from outside France and to make a mark in the sales ring Le Havre will need to have Group winners as well, but it will be surprising if he doesn’t as a sire who produces this number of above average performers to very likely to get one or two really good ones. Le Havre also has strength in numbers with 93 three year olds and 85 two year olds listed on the France Galop site.

The Haras de Saint Pair has a colt foal by Le Havre out of Sabi Sabi.