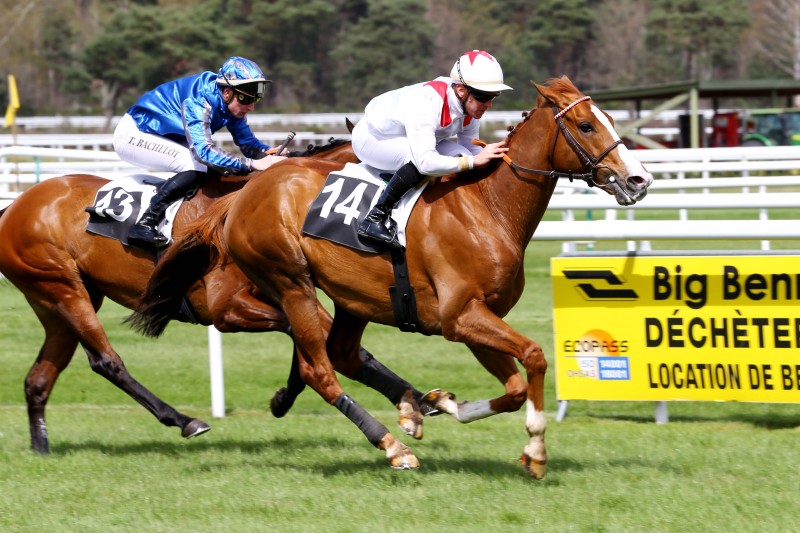 The Haras de Saint Pair is offering a colt at the Arqana Deauville Breeze Up, to be held on May 14th. Lot 120 is a Holy Roman Emperor colt out of Anna Mona presented by the Channel Consignement.

Two of the colt’s half brothers distinguished themselves at Fontainebleau on April 14th. Anducas, (photo) a seven year old gelding by Rock of Gibraltar, won the big handicap to take his earnings to close to 150.000 euros, while Andalou, a four year old son of Dubawi came back from a year off the track to finish a close up third in a D race.