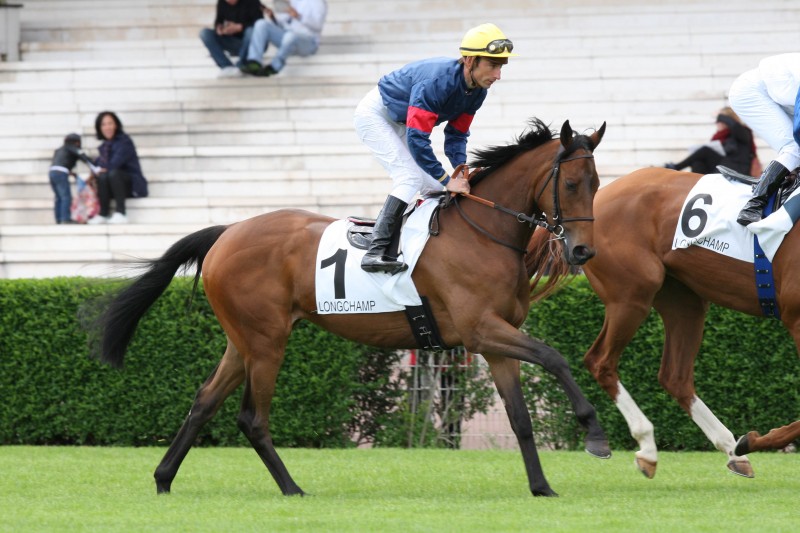 The Haras de Saint Pair’s La Banderilla was second, beaten only a short neck, in the Group 3 Premio Verziere over 2000 metres in Milan on October 13. The three year old Muhtathir filly started favourite for the race which was run on very heavy ground but allowed the German trained filly Quaduna to get first run. Quaduna was 4 or 5 lengths clear at the top of the straight and although La Banderilla was making ground right up to the line she failed by a short neck to get past her rival. The pair pulled 4 lengths clear of the Italian trained fillies.

La Banderilla now has one win, three seconds and three thirds from eight career starts, and has been beaten less than 1/2 length in a Listed and a Group 3 on her last two starts. She may hve one more run this year and is likely to stay in training as a four year old.