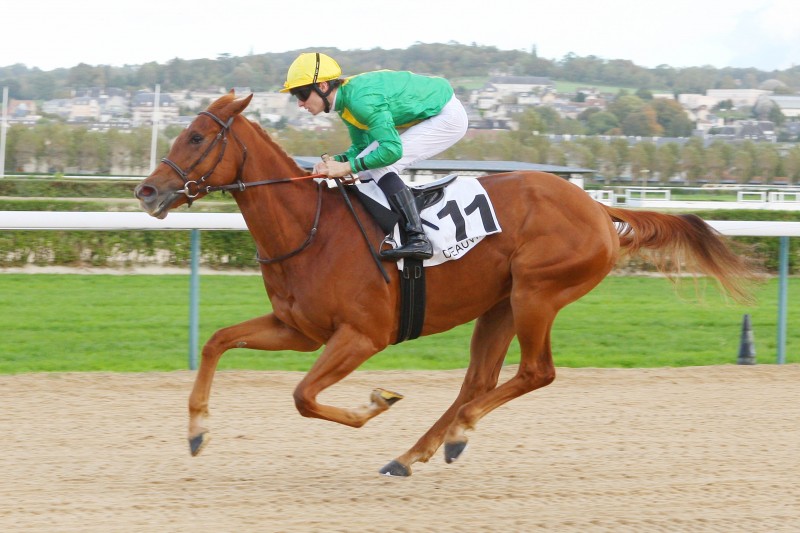 Porthilly was an impressive winner of the Prix de Longechaux in Deauville on October 23. On only her second career start the three year old daughter of Pivotal came from last to first in the straight and held on well despite racing on the unfoured far side of the all weather track. Porthilly is the second and last foal of the Group winning sprinter Ricine. Her four year old half brother Roero has won six races and 148.000 euros in prizemoney to date. Porthilly was sold by the Haras de Saint Pair for 80.000 euros to John Hammond at the 2011 Deauville October yearling sale.