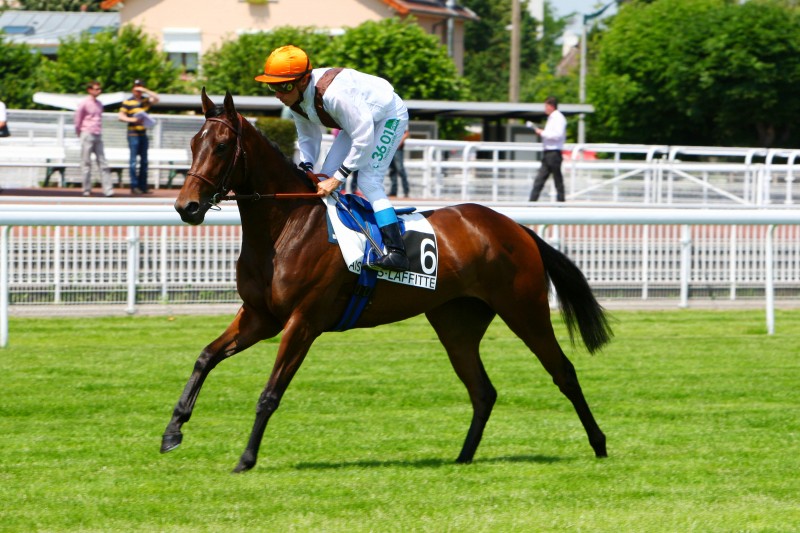 Marbre Rose, a three year old Smart Strike filly owned by partnership by the Haras de Saint Pair and the Haras des Monceaux, made an impressive winning US debut for trainer Christophe Clement at Belmont Park on October 12. Marbre Rose had finished second in a Listed race over 1300 metres at Chantilly in June on her previous start. At Belmont she was held up through the early stages of the race and then made her challenge while racing seven or eight horse wide on the home turn. She quickened impressively and raced away from her rivals for an easy win in this allowance race over 1400 metres.

Marbre Rose had been Group placed twice as a two year old and looks set to move up in class in the US after this easy win over the useful fillies Hope Cross and Sheza Heartbreaker.