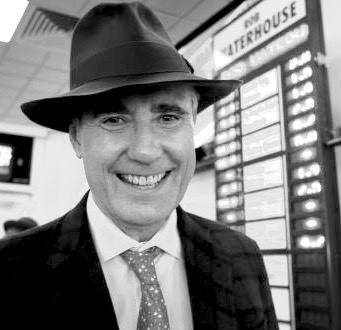 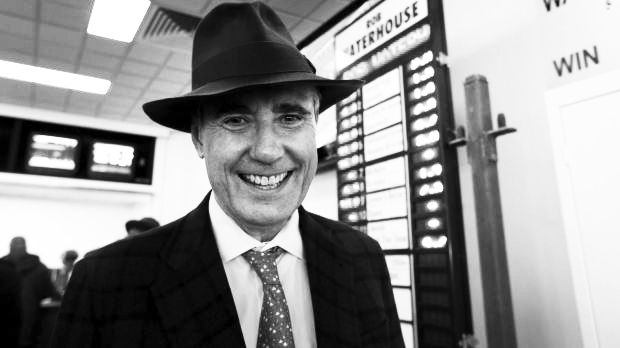 It is marvelous that Australian sprinters again enjoyed such great success in June at Royal Ascot, celebrated as the world’s best race meeting.

Down-under sprinting stars Choisir, Takeover Target and Miss Andretti have all overcome the difficulty of travelling to a different hemisphere in recent years and have earned great glory for Australian racing. Without doubt, the quality of antipodean speedsters is now generally recognised – in my opinion though, the reason why they excel is not fully understood in traditional breeding circles.

In the press build up prior to the Royal meeting, Pacemakers’ Paul Haigh quoted my view in the Racing Post: “(Rob Waterhouse says) Australian sprinters are so outstandingly good … because of the environment in which they develop. (Australia’s) climate is conducive to the production of sprinters. Across the Tasman, in the cooler climes of New Zealand, development is slower, hence that country’s high reputation as a producer of stayers.”

Mr. Haigh also noted that I was “aware that this contradicts the conventional wisdom that bloodline is the major, if not the sole determinant.”

Nonetheless, I am somewhat surprised at the extent of discussion and interest those thoughts provoked in English breeding circles.

The general view of people who raised the article with me could be summarised by saying that they saw the explanation as to why New Zealand produces better stayers and Australia better sprinters as being obvious: that New Zealand has developed staying bloodlines and Australia has concentrated on “speed” stock. In other words, they believe that the respective pedigrees tell the tale.

My belief is that while pedigrees play a part, “environment” is crucial. I suspect it is the dominant factor.

This issue rests on that famous old biology chestnut: “nature” or “nurture”. This nature/nurture question in horse breeding is worth thinking about and discussing.

For my part, my life revolves around assessing racehorse form for betting purposes. My ‘nurture’ contention has been valuable to me in assessing stamina projections of individual racehorses, estimating horse’s improvement rates and constructing weight-for-age scales for different regions. It works for me.

But I think the question is also important for breeders. It must be a disadvantage to them, if my school of thought is right, to consider only pedigrees and ignore “nurture”. By not fully appreciating the process, I believe it makes it harder for breeders to achieve their ends.

I contend that the view that Australian breeders have developed sprinting bloodlines and New Zealanders staying ones is flawed. It is like looking through the ‘wrong end of the telescope’. In actual fact, New Zealand breeders have “forever” tried to inject more speed into their bloodlines. As early as 1916, the UK-based Bloodhorse Breeders Review reported its surprise at the move by New Zealanders to restrict the distances of their races.

For example, in this year’s NZ Bloodstock Premier catalogue, there were six first-season NZ sires listed. Three had won only to 1200m or 6f, one 1500m, one 1600m and the stallion who had won to 2400m had but one NZ-bred entrant in that catalogue.

By contrast, Aussie breeders would love the horses they produce to “stay” more – most of Australia’s most valuable Group races are middle distance and staying tests. Evidence of this breeders’ preference is that there were 24 Australian new-season sires in this year’s Magic Million catalogue who had won a race. The median maximum winning distance was 1600m and the fashionable (expensive) sires were the ones who had won further than that.

Among Australian breeders, Oaks-winning mares are prized for the same reason.

I think it would be more accurate to state that the different distance preferences of progeny from the two countries are in spite of the pedigrees, rather than because of them.

I think a widespread, compounding error is being made by breeders: the notion that a stallion or mare can pass on to its offspring characteristics, such as distance or going preferences, that it acquired during its lifetime by nurture or training. This is a form of Lamarkism. Lamark theorised that giraffes (for instance), by stretching their own necks to reach high foliage, gave their progeny longer necks. Seductively plausible – it tricked Darwin and Joe Stalin (his abortive five-year agricultural plans were based on Lamarkian premises) – but very wrong.

My view simply is “standard” foals raised in a hot environment like Queensland, Australia, mature more quickly than their opposite numbers raised, say, in the South Island of New Zealand (Phar Lap’s birth place). I assert that Queenslanders as a group are more likely to be fast two-year-olds, whereas the hardy South Islanders will require owners’ patience but are liable to stay “like your mother-in-law.”

The breeding areas of Queensland are at about latitude 27 degrees South, and the NSW Hunter Valley is on about 33 degrees. (Fascinatingly, Sydney at 34 degrees is on the corresponding latitude to Casablanca, Morocco.) The New Zealand Waikato is about 38 degrees and the N.Z. South Island is in the 40°s.

There are quite a few degrees’ difference in average temperatures between the Australian and the colder New Zealand breeding areas. Moreover, the “length of day” is very different in NZ. For both reasons, broodmares notoriously ‘cycle’ later there. Hence these things, as well as other nurture factors such as feeds etc., make the difference to the progeny’s development.

Every observer of, say, the Queensland Magic Millions sale (MM) and New Zealand Bloodstock offering can’t help being struck by the precocity in type of the MM offering and the “backwardness” of the NZ sale candidates. However by the time they are four-year-olds, the NZers have well and truly caught up. The typical mature Australian horse is slightly more closely coupled, stockier than his NZ rival. The Kiwi is more likely to be bigger and more “rangy”.

The Australian/New Zealand racehorse population is unusual. “Natural selection” doesn’t really occur. While it is true every thoroughbred in the world is descended from three stallions and a few dozen mares, Australian and New Zealand bloodlines are constantly being refreshed by importations, rather than being concentrated with home product. Look at the tabulated pedigree of yearlings in any Southern Hemisphere yearling catalogue – by the fourth removed, nearly every entry has an imported “suffix” after its name.

The “nurture” side of the equation is not totally ignored. Dr. Joe Pagan, renowned equine nutritionist, wrote two marvelous pieces for Pacemaker last year on different growth rates for foals and yearlings in different countries. But the question was begged: do these differences in growth rates produce a different product?

There are lots of parallels with plants and animals.

An example exists between NSW and Tasmanian gum trees. The quick-maturing NSW species greatly disappointed the early settlers as they could not be used successfully for building and were thought only good enough for fencing. The same tree grown in the colder Tasmanian climate takes up to 120 years to mature and, for marketing reasons, has been renamed “Australian Oak” and is regarded as a prized hardwood for furniture and floorings.

About 10 years ago the Australian government relaxed the rules on the importation of live birds into Australia. The first shipment, of all things, was show Budgerigars (an Australian native and, perhaps, over the years, our most prolific export animal) from England. English budgies are considered the best in the world because of their bigger size and feather quality compared with the Aussie examples.

The Australian budgerigar breeders were desperate for new blood to improve what they saw as their inferior stock. However the importations have not been successful because the resultant progeny have reverted back to the Australian norm. No doubt a thick mass of feathers is not very useful for a bird living in an aviary in Sydney compared with the same bird in the north of England!

Similarly, China has for many years bought prized Australian Merino rams and ewes at great expense to establish a sheep breeding industry. The results have been disappointing for them. I suspect that the projects have failed because the Chinese environment doesn’t suit the Merino.

In the early days of New South Wales settlement, colonial-bred young people were much bigger than their 18th century English counterparts. The colonial kids, born of pure English stock, were given the nickname “corn stalks”. Better food and sun on their back was thought to be their advantage.

To compare Australian and New Zealand-bred horses is to realise the NZ over-achievement in Black Type races. An explanation is partly that there is the bias in the number of Australian staying events in Group and Listed racing compared to run-of-the-mill races.

To summarise, last season there were 395 Australian Black Type races of less than 1800m (9f) and New Zealanders won 8.8 per cent of them.

If you add all other imports, such as UK and Irish-bred horses, the 1800m plus figures go to 43.6 per cent.

Noteworthy is the fact that no additional import won any black type race less than 1800m. Australian horses won over 90 percent of the less 1800m races but only 56.4 per cent of the 1800m and more races.

Our premier sprint race, aimed at precocity, is the Golden Slipper for two-year-olds. In its 51 renewals, only one Kiwi-bred, Marauding, has won.

Our greatest staying race is the Melbourne Cup. In the last 50 runnings, Australian horses have won it only 13 times (New Zealand accounts for 26, a further 11 had foreign “suffixes”).

We should all try to understand and use to our advantage the ‘nurture’ side of the breeding equation. We need to understand why some top US studs send their babies to Florida from Kentucky and why the Japanese, with their studs in freezing Hokkaido, produce such wonderful stayers.