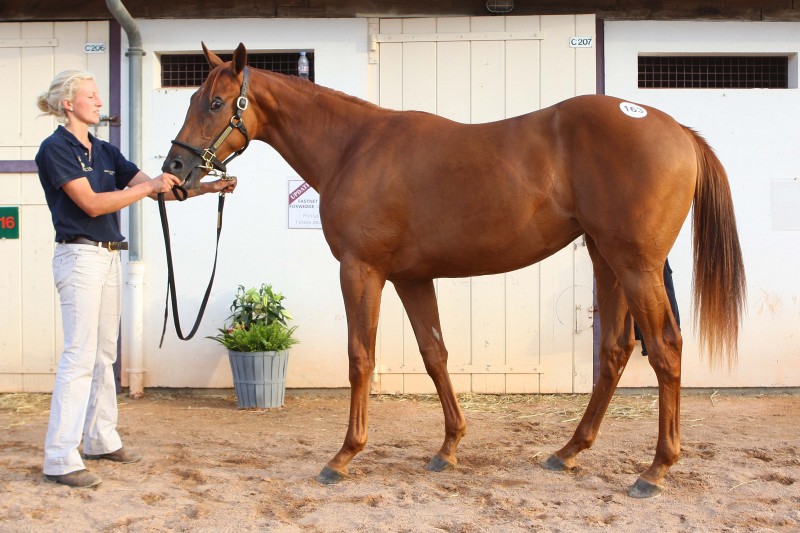 REHN’S NEST ONLY MARE IN FOAL TO DUBAWI

REHN’S NEST ONLY MARE IN FOAL TO DUBAWI

The Haras de Saint Pair’s REHN’S NEST is the only mare in foal to Dubawi in the Newmarket December sale. The daughter of Authorized was rated 108 after finishing second to Just The Judge in the Irish 1.000 Guineas Group 1, and 107 when beating Yellow Rosebud to win the Group 3 Park Express Stakes, also over 1600 at The Curragh. She is from the close family of leading juveniles, Loch Garman, Gr 1 winner rated 113, and 2014 Gr 2 winner Beacon, rated 107.

REHN’S NEST is Lot 1833 and is presented by European Sales Management in foal for the first time to Darley’s Dubawi. Dubawi was the world’s leading sales sires in 2014 with a yearling average of $1 million and median price of $800.000.