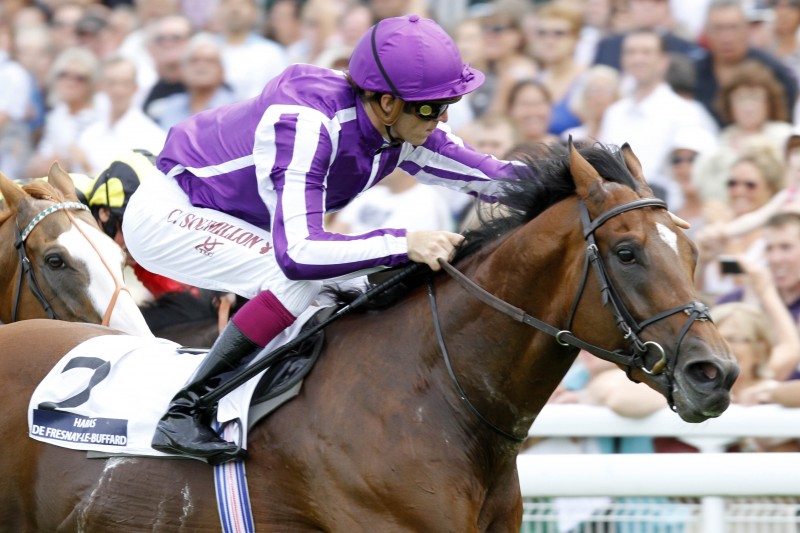 The Haras de Saint Pair’s BLUE MADIEN is one of only four mares being offered at the breeding stock sales in foal to Darley’s Exceed And Excel. Lot 1765, presented by Fittocks Stud, BLUE MAIDEN was Group placed at two and three and England and won a stakes at Belmont. She was rated 106 at two and 110 after finishing second to Timepiece at Royal Ascot as a three year old.