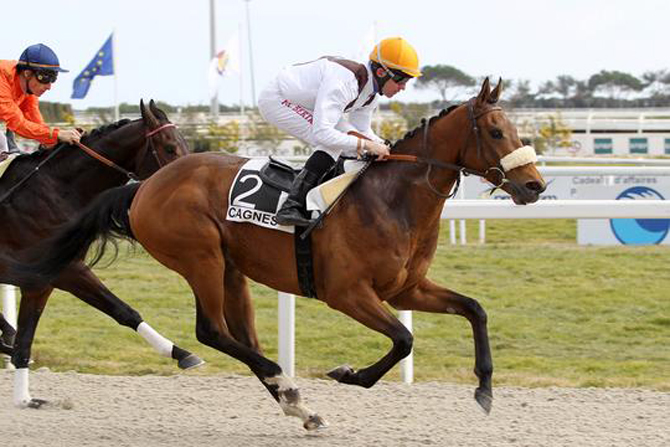 The Haras de Saint Pair and Francois Rohaut’s Roero was a brave winner of the Listed Prix Jacques de Bremond at Vichy on July 25th. After racing in second well behind the clear early leader Pump Pmup Boy the five year old son of Acclamation came with a strong run to take the lead and then hold off the late challenge of the English trained Boomshackerlacker to win by 1/2 length.

This was the Saint Pair bred’s first stakes win, having previously finished second in the same race last year. Roero now has seven wins and seven places from 20 career starts for earnings of nearly 270.000 euros. His trainer and part owner Francois Rohaut is considering stepping him up to a Group 3 race for his next start in Deauville in August.