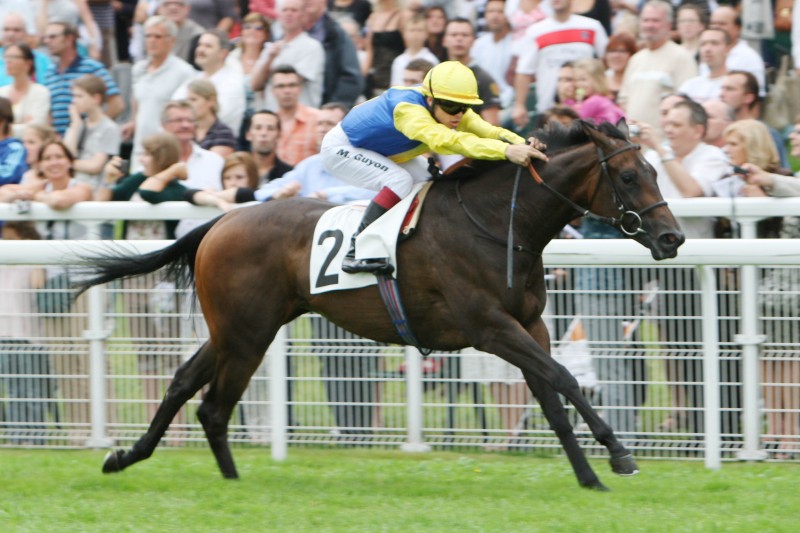 The Haras de Saint Pair purchased a filly and a mare at the Newmarket December sales.  Faithfilly a two year old daughter of Red Clubs is now in training with Francois Rohaut, and Appeal, a four year old Selkirk mare is on the stud and is due to foal to Fastnet Rock at the beginning of April.

Faithfilly was previously trained by Ed Vaughan for whom she won the 1000 metres Listed Prix de la Vallee d’Auge in Deauville in August after finishing second to the excellent Baileys Jubilee in the 1000 metre Listed Prix des Reves d’Or at Vichy in July. To date she has run ten times for two wins, a second place and four third places and has an official rating of 100. Faithfilly is a half sister to the multiple stakes performer Lisa’s Strong and her second dam Red Comes Up is a full sister to the champion Rainbow Quest.

Appeal won three of her seven career starts and was bought carrying for the first time to the champion Australian stallion Fastnet Rock. She is by Selkirk out of the Linamix mare Amenixa, and so is a half sister to Zinziberine, a top two two year old who is the dam of the leading two year olds Zanzibari and Zenji.