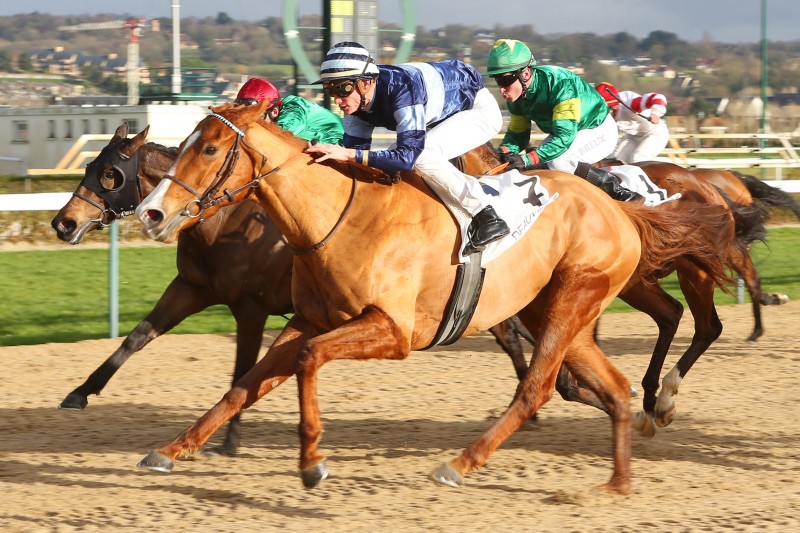 Danoya, a four year old Raven’s Pass filly bred by the Haras de Saint Pair, was among the leading lots at the Arqana February Sale selling for 39.000 euros to Stephen Hillen to continue her racing career with Damien de Watrigant. Danoya was sold as a foal by the Haras de Saint Pair at the 2010 Arqana December sale. In the colours of the Haras de la Perelle she has one win and three places from five career starts. Danoya is the second foal and second winner out of Damoiselle, a daughter of Sky Classic who was sold at the 2013 Arqana December sale for 40.000 euros in foal to Kendargent.

Another Saint Pair bred to sell in February was Carolles an unraced six year old daughter of Medicean and Anna Mona who sold to ML Bloodstock for 22.000 euros. Carolles produced a filly foal by Rajsaman on the day of the sale. Her first foal a filly by Le Havre was also sold for 5.000 euros to Michael Cave. Anna Mona is  based at the Haras de Saint Pair and has an unraced two year colt by Dubawi and a colt foal by Holy Roman Emperor.