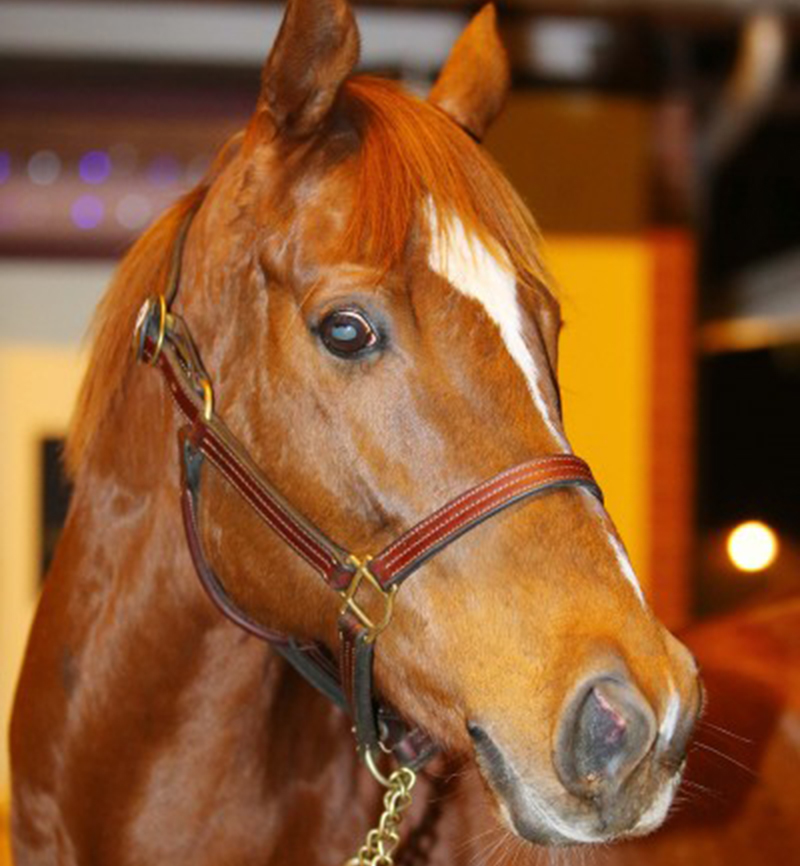 The Haras de Saint Pair sold all seven of the mares and fillies it presented at the 2014 Arqana December sale for a total of 914.000 euros. The two top priced mares from the draft were both purchased by Narvick International on behalf of Katsumi Yoshida’s Northern Farm. Via Medici, 2007 Medicean – Via Milano, (photo) was offered in foal to Dansili and made 480.000 euros, while Appeal, 2008 Selkirk – Amenixa (Linamix), was sold for 170.000 in foal to Siyouni.

Saint Pair has retained Via Medici’s two year old Pivotall filly Via Pisa, who is training with Freddy Head, as well as her filly foal by Lawman and has a major investment in this family. The stud also owns Via Medici’s dam Via Milano, currently in foal to Mastercraftsman, as well as her very promising two year old Monsun filly Via Manzoni, in training with Andre Fabre, and her filly foal by Raven’s Pass. Saint Pair is delighted to be in partnership with Northern Farm and hope it succeeds in developing the family further in Japan.

Other highlights of the sale were 90.000 euros for Moore’s Melody in foal to Kendargent and purchased by the BBA Ireland, 80.000 for Anna Mona in foal to Kodiac bought by Chantilly Bloodstock and the 72.000 euros Anthony Stroud Bloodstock gave for Namibia in foal to Champs Elysees.