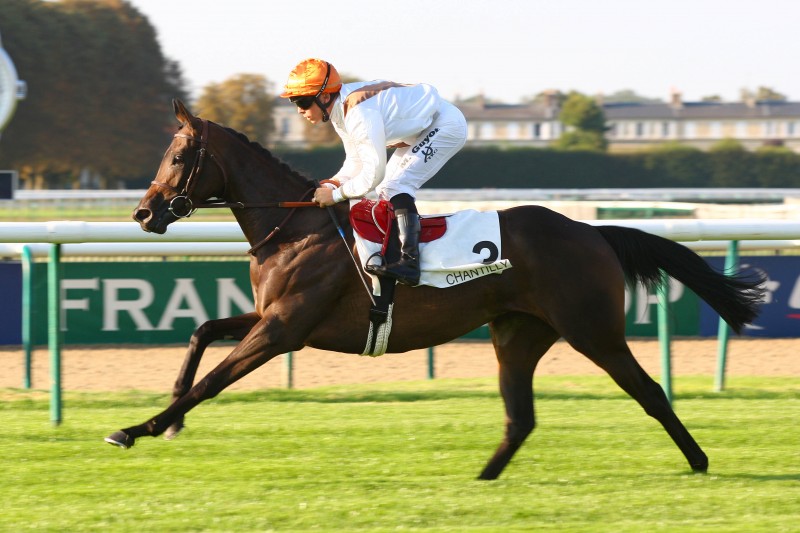 The Haras de Saint Pair has six entries in the French Classic races, headed by the dual winning filly Via Manzoni (photo). The Andre Fabre trained daughter of Monsun is entered in the Poule d’Essai des Pouliches, the Prix Saint Alary and the Prix de Diane.

Pearly Steph, an unraced daughter of Oasis Dream and Pearl Banks trained by Freddy Head has been entered in the same three fillies’ Group 1’s.

The Haras de Saint Pair also has four colts entered in the Prix du Jockey-Club and Grand Prix de Paris, of whom Vaugondi, an Invinicible Spirit half brother to Vadamos, is also entered in the Poule d’Essai des Poulains. The other three colts are Subway Dancer, a Fabre trained son of Shamardal and Sub Rose, Ampere, a Fabre trained son of Galileo and Amorama, and Andalou, a son of Dubawi and Ana Mona trained by Freddy Head.

With four colts entered in the Jockey-Club, the Haras de Saint Pair is one of the leading French based owner breeders, behind the Aga Khan Studs and Wertheimer et Frere in number of Classic entries, but at a similar level to the Wildenstein family’s Ballymore Thoroughbreds and Gerard Augustin-Normand who have four and five entries respectively.