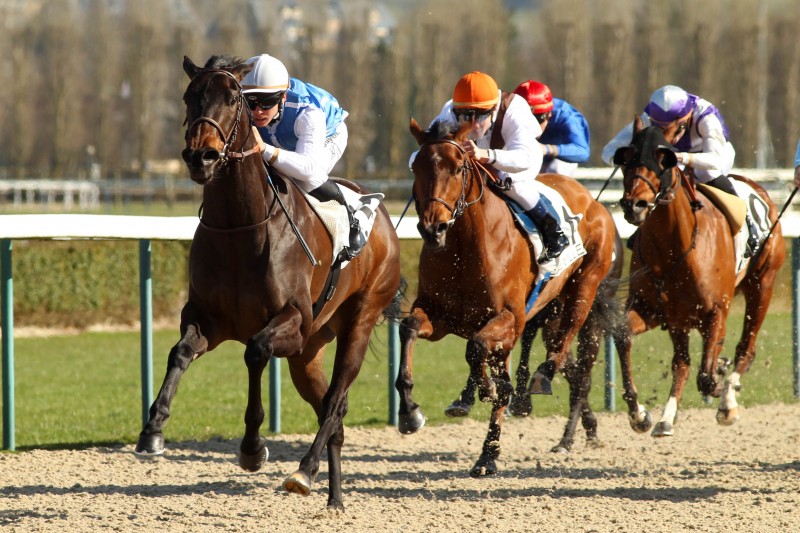 Pearly Steph, a three-year-old Oasis Dream filly out of Pearl Banks, was second on her debut in Deauville on March 5th. Trained by Freddy Head for the Haras de Saint Pair, Pearly Steph is the first foal of the Group winning mare Pearl Banks, and a grand-daughter of the Prix Vermeille winner Pearly Shells.

Always among the leaders, Pearly Steph took up the running at the top of the home straight, but couldn’t match the finish of the Wertneimer brothers’ filly Pitamore. However Pearly Steph stayed on well to hold on to second place 1 3/4 length behind the winner.

The two-year-old full sister to Pearly Steph was sold to Cregg Castle Stud for 270.000 euros at the Goffs Orby sale in 2014. Pearl Banks is currently in foal to Invincible Spirit and is due to visit Kendargent in 2015