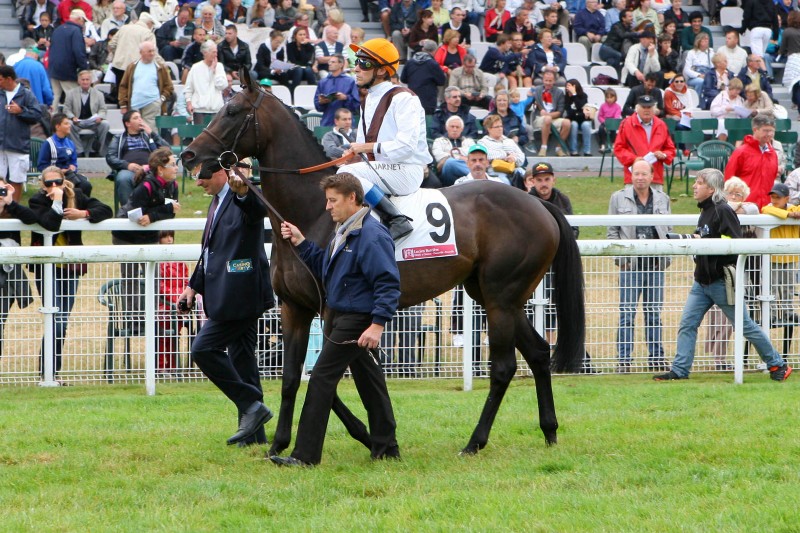 Kitcara, a half sister to this year’s stakes winner Kapour, was a very promising third on her debut in Bordeaux on September 27. The daughter of Shamardal is trained by Francois Rohaut for the Haras de Saint Pair and after quickening into the lead at the top of the straight was only caught close home and beaten a neck and 3/4 length in total in the 1600 metre Prix Didier Vezia for unraced two year olds. Her dam Kitcat has a yearling filly by Dansili and a filly foal by Turtle Bowl.

Half an hour earlier the Saint Pair owned colt Vadamos made an equally impressive debut finishing second beaten 2 1/2 lengths in the Prix du Four A Chaux over 1600 metres. The Monsun colt, also trained by Francois Rohaut and ridden by Xavier Francois Bertras, showed a great deal of speed to lead the field until the final 100 metres. Next time Vadamos is likely to be more settled and this was a particularly good debut for a son of Monsun. Celebre Vadala’s first two foals were both multiple winners. Vadamos is her four fourth foal and her fifth, a colt by Invincible Spirit will be offered by Watership Down at the Tattersalls October 1 sale, Lot 317, on October 9th.