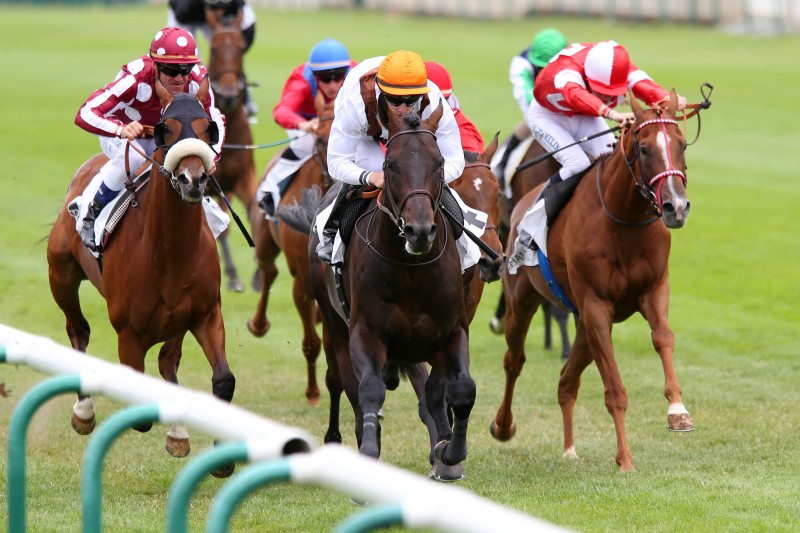 After a ten month layoff and a change of trainer the Haras de Saint Pair and John Camilleri’s Vadamos made a winning return at Chantilly on July 12. The four year son of Monsun won three times at three including a Listed race at Vichy last July but had not run since disappointing in the Prix Niel in September 2014.

Making his first start for Andre Fabre and ridden by Vincent Cheminaud Vadamos was far too good for his eight rivals in the 2000 metre Prix de Coye and made all the running to win eased down by 3/4 length. Vadamos is entered in the Prix de l’Arc de Triomphe.

Vadamos is the fourth foal and third winner of Celebre Vadala who has a yearling colt by Dutch Art, and colt foal by Pour Moi and is in foal to New Approach.